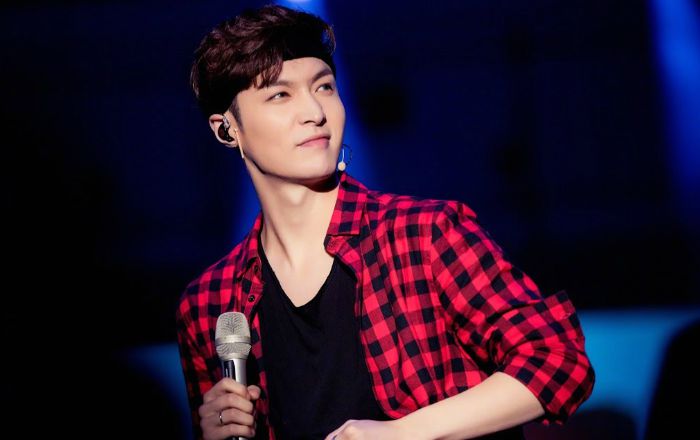 Who is Yixing Zhang?

Zhang Yixing is a renowned Chinese singer, dancer, and actor who gained popularity for being the member and lead dancer of the South Korean-Chinese boy group Exo. He is best known for his leading role in the films, Kung Fu Yoga and Unexpected Love. He has also earned acclaim for his television roles as Er Yuehong in The Mystic Nine, as Yan Xiaolai in Operation Love, and Zhang Rui in The Golden Eyes. Yixing is set to play Zhu Qizhen in the Chinese historical television series Empress of the Ming. His debut mini-album, “Lose Control” was released in 2016 to huge success, breaking several records in China and South Korea, peaking at #1 on the Gaon Album Chart as well as #4 on Billboard’s US World Albums chart.

While not much is known about Zhang Yixing’s family and his early life, he attended High School Attached to Hunan Normal University and Hunan Masters College Middle School.

Lay has kept his personal life discreet from his professional life and thus there is not much information available of any relation he has had in the past or in the present.

In 2015, Yixing Zhang had his first on-screen appearance in the romantic comedy movie, Ex-Files 2: The Backup Strikes Back. He played Lee Xiang He in the film.

Yixing Zhang made his debut appearance as himself on the drama TV series, We The People.

Lay released his first solo single called “Monodrama” in May 2016. He released his debut EP, titled Lose Control, on October 28 of the same year. The EP was a commercial success peaking at #1 on the Gaon Album Chart, #4 on the US Billboard World chart and 7th of Best-Selling Albums of 2016. This made him the first Chinese artist to enter the iTunes Top 60.

Zhang’s debut album, LAY 02 SHEEP was released on October 7, 2017, to commercial success. The album peaked #1 on YinYueTai, which is the counterpart of Billboard and Gaon in China. The album peaked at $4 on the Billboard’s US World chart.

He garnered worldwide fame for being a member of the Asian boy band, Exo and its sub-unit Exo-M. They are so popular in South Korea and China among other countries. The band has sold more than 50 million records worldwide.

Zhang has carved a niche for himself in the music world with his solo work. His debut EP, Lose Control brought him enormous success in the form of sales and acclaim.

Being a popular figure in the entertainment industry, Lay has done endorsement work for several brands, including Kolon Sport, Nature Republic, Skechers, Samsung, SPAO, Baskin-Robbins, to name a few.

In July 2016, Lay was made the publicity ambassador by the Communist Youth League of China (CYLC) of Changsha, making him the first celebrity to hold such title.

Yixing started his acting career at a tender age of six, starring as Huan Huan in the 1998 Chinese television drama We The People.

By 9, he started appearing in TV shows and local competitions, thus becoming a popular face in the entertainment industry.

His first break came in 2005 when he managed to finish third in the Chinese TV talent show Star Academy.

Before joining the boy band Exo, he briefly worked with the band Shinee during their Shinee World concert tour in 2011.

He joined the band Exo in 2012 and following the release of the singles “What Is Love” and “History”, the band held their pre-debut showcase in Seoul’s Olympic Stadium in 2012.

He was named at #23 on the “CelebrityZ Top 100 Most Valuable Celebrities” list by Kantar Millward Brown and China’s business magazine CBN Weekly.

His wax figure has been set at the Madame Tussauds Wax Museum in Beijing and Shanghai.