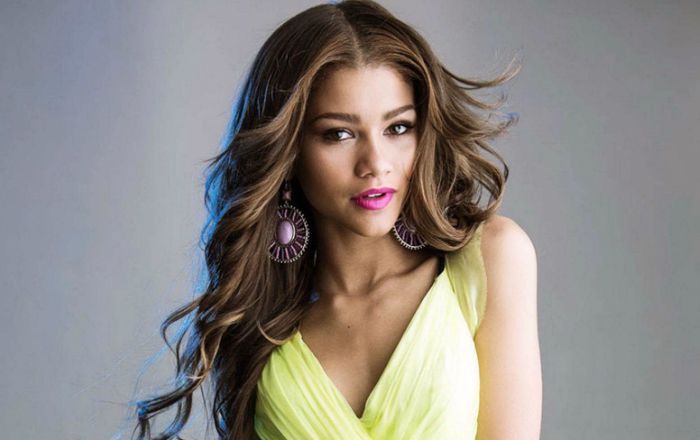 Who is Zendaya Coleman?

Zendaya Coleman is an American actress and singer who came into the limelight for her starring role as Rocky Blue on the Disney Channel sitcom ‘Shake It Up’. From 2015 to 2018, she played K.C. Cooper on the Disney Channel comedy series ‘K.C. Undercover’. She gained international fame for her role as Michelle “MJ” Jones in ‘Spider-Man: Homecoming’ and will reprise her role in the 2019 film ‘Spider-Man: Far From Home’. Being a black actress, she faced racial discrimination in several instances and garnered huge attention after she was picked to play MJ in Spider-Man movies.

Zendaya Coleman was born on the 1st of September 1996 in Oakland, California, United States of America. She is currently 24 years old.

Zendaya’s father, Kazembe Ajamu Coleman, is an African-American and her mother, Claire Marie (Stoermer), was a House Manager at the California Shakespearian Theatre. She has five older half-siblings from her father’s previous marriage.

She has African-American ancestry on her father’s side, with roots in Arkansas, while her mother has German and Scottish ancestry.

For her formal school education, Zendaya attended Oakland School for the Arts in Oakland, California.

The dusky beauty has had dated many men so far in her life. In 2011, Shake It Up star Adam Irigoy was reported to be dating Zendaya while they worked together in the series. She was one year senior to him, but she denied the reports.

Following that, she began dating singer Leo Howard in 2013, however, this relationship did last only for a few weeks.  They broke up in April 2013. That year, she was also rumored to be dating singer Trevor Jackson but she, however, denied the claims.

In 2016, Zendaya was reported to be dating American football player, Odell Beckham Jr. She then dated English actor Tom Holland from 2016 to 2018.

Zendaya has been dating Australian actor Jacob Elordi from 2019. They first met on the set of HBO’s Euphoria, and shortly after, they fell in love with each other.

Zendaya Coleman made her acting debut as Michelle “MJ” Jones in the Marvel’s superhero film ‘Spider-Man: Homecoming’ in 2017.

Before that, she had a voice role in the 2013 Disney direct-to-DVD film ‘Super Buddies’, in which she provided her voice to the character Lollipop.

in 2010, she earned her first acting credits in the Disney sitcom ‘Shake It Up’ as Rocky Blue. She played the lead role in the series from 2010 until 2013.  The series was a massive hit that opened door to several other exciting roles in both TV shows and films.

Zendaya dropped her debut studio album titled Zendaya in September 2013, which debuted at number 51 on the Billboard 200 chart.

Zendaya achieved quite a lot of fame for her performances in Shake It Up, K.C. Undercover, Spider-Man: Homecoming and The Greatest Showman.

In 2019, she was booked for the lead role in teen drama television series called Euphoria, which is based on the Israeli miniseries of the same name. She was cast as Rue Bennett, a 17-year-old recovering drug addict struggling to find her place in the world, alongside Alexa Demie, Maude Apatow, Sydney Sweeney, and Algee Smith. Her performance in the series was highly lauded by critics and it happens to be her first major adult role.

She launched her professional career as a fashion model and worked with a bunch of fashion brands like Macy’s, Mervyns and Old Navy. She has appeared in commercials for iCarly toys and alongside Selena Gomez in Sears TV commercial.

She has been in the spotlight ever since she starred in Disney’s Shake It Up. The starlet has an astounding net worth of $15 million as of 2020. she lives with her family in a modest house worth $1.4 million in Los Angeles.

Zendaya means ‘to give thanks’ in the Shona language, which is a Bantu language native to Shona people of Zimbabwe.

She got into acting while she was still at school by appearing in stage productions. She played Little Ti Moune in Once on This Island at the Berkeley Playhouse and the breakout role of the male character Joe in Caroline, or Change at Palo Alto’s TheaterWorks.

Besides being an actor, she is also a trained dancer. She was a member of the dance group called Future Shock Oakland for three years. During this time,  the group performed hip-hop and hula dances, and apparently, she was only eight then.

She worked as a model before gaining fame as an actress.

If she didn’t become an actress she would’ve been a teacher like her parents or a basketball player.

Zendaya published her first book entitled “Between U and Me: How to Rock Your Tween Years with Style and Confidence’ on August 6, 2013.

She completed runner-up in the season 16 of reality TV show Dancing with the Stars in 2013.

In 2016, she was a guest judge on the season finale of Project Runway season 15.

In 2017, she appeared in Zac Efron starring The Greatest Showman.

At age 24, Zendaya became the youngest actress and the only second black woman to win Lead Actress in a Drama Series for Euphoria.