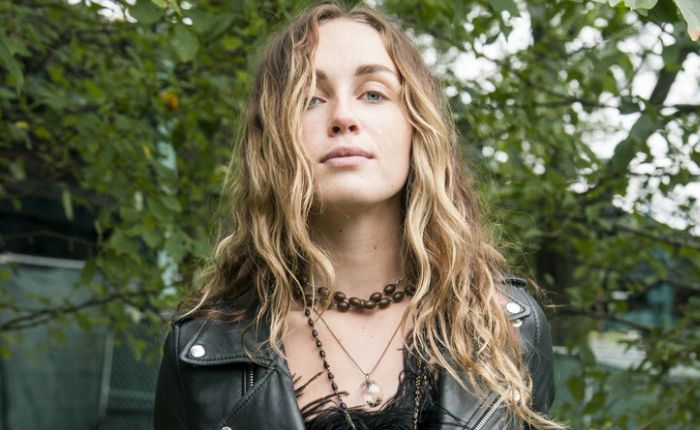 Who is Zella Day?

Zella Day is a young and beautiful singer and songwriter based in Los Angeles. She is best known for her albums such as Powered by Love and Kicker. She appeared as herself in a web-series called DayxDay from 2015 to 2015. Zella has also been featured in Teen Vogue, V Magazine, The LATERALS and Playboy.

Zella Day was born on the 13th of March 1995, in Pinetop-Lakeside, Arizona, United States. She is currently 24 years old.

She was born to parents Robert Kerr a.k.a. Bob Kerr and Ana Cristina Macfarland. Her father worked as a contractor in Arizona and her mother was a former jazz Singer, and also owned a Café, while being a pottery artist and painter. She has a younger sister named Mia Rae Kerr, who is a model and horse trainer. She is three years junior to her.

Her maternal grandparents were William M. MacFarland and Suzanne S. . Sarah Houghtelin Koerner is her maternal Aunt, who is the Director of Theatre Program in a Public High school.

Zella Day attended Blue Ridge High School in her hometown Pinetop-Lakeside, Arizona. When she was in her sophomore year, she opted to enroll online for her high school education since her parents got divorced and her mother moved to Long Beach, California. She completed her high school online, during which, she also took music lessons.

Zella Day is tight-lipped when asked about her private life. There is not any concrete information about her present relationship status., however, there are chances that she might be in a relationship. She has been linked to fashion photographer Samuel Richard and singer Korey Dane in the past.

She signed a record deal with Hollywood Records and released her second album “Kicker” on June 2015. The album peaked at #65 on the US Billboard 200 and #7 on the US Top Alternative.

Zella appeared as a musical guest on the comedy talk-show, Conan, in June 2015 to promote her album, Kicker.

Zella gained immense popularity with the release of her major album Kicker in June 2015.

In 2016, she appeared and performed at Coachella that caught the eyeballs of muci lovers. Los Angeles Magazine described the performance as “hypnotic,” leaving other magazines raving her performance.

Over the course of her fruitful singing career, Zella has collaborated with leading labels to promote their products such as Gap, Free People, W Magazine, H&M, Cleobella and Maje.

Zella’s net worth is estimated at around $1 million.

Zella took guitar lessons at a young age on her mother’s call, and by the time she reached 9, she started to write songs. Most of her music is inpsired by country and classic rock artists.

She grew up in a small mountain town of Pinetop-Lakeside. Its rugged natural landscape, in particular, her grandmother’s cafe, a place where a lot of music hang out, helped to nurture her musical interests.

Interestingly, Zella named her album Kicker after an Apache Cowboy who used to work on her father’s ranch when she was a kid.

Though she has been writing music from age 9, she never thought that she could be serious about music until she was about 16 years old.

She was featured on Vogue, Playboy, and The Huffington Post, as well as appeared on TV shows like Late Night with Seth Meyers and Conan.

In 2016, She performed at the Coachella Valley Music and Arts Festival.

On November 29, 2018, Day revealed through her social media accounts that she had been released from her label and production deal.