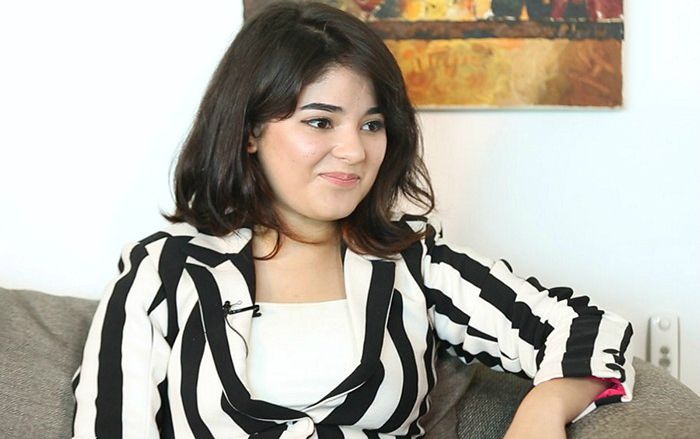 Who is Zaira Wasim?

Zaira Wasim is an Indian actress, who achieved stardom status with her portrayal of an Indian sportswoman Geeta Phogat in the sports drama, Dangal, for which she won the National Film Award for Best Supporting Actress. The 18-year old budding actress was next acclaimed for playing the role of an aspiring singer in the film Secret Superstar that gained her a bunch of accolades as well. On June 29,2019, the budding actress announced on Facebook that she’s quitting acting citing religious beliefs.

Zaira Wasim was born on the 23rd of October 2000, in Srinagar, Jammu and Kashmir, India. She’s currently 20 years old.

Zaira Wasim is the daughter of Zarqa Wasim, a teacher and Zahid Wasim, who works as an Executive Manager in Srinagar. She has a brother named Zohraiz Wasim. She is of Kashmiri and Punjabi descent.

Wasim attended St. Paul’s International Academy, Sonwar Bagh, Srinagar until 10th grade where she scored 92 percent in her Board examinations. She is presently pursuing her higher secondary education with Humanities as major in Jammu’s Heritage School under Central Board of Secondary Education.

Zaira is possibly single as she hasn’t dated anyone publicly.

Zaira made her debut in the critically acclaimed biographical sports drama Dangal in 2016. She played younger Geeta Phogat, who won the Gold medal for India in the Common Wealth Asian Games. She became an overnight sensation with her role that earned her several awards including National Film Award for Best Supporting Actress and a Filmfare Award for Best Female Debut nomination.

She hasn’t yet appeared in television series.

Before making her footprint in films, she has appeared in a couple of television commercials, one for Tata Sky and another for Microsoft Lumia.

On June 29, 2019, Zaira Wasim announced that she’s quitting acting through a lengthy post on Instagram and Facebook. As a religious person, she quoted that she has struggled with her new identity for a long period of time and wasn’t happy with her career choice as it “consistently interfered with my imaan, my relationship with my religion was threatened”. She also said “Though I may fit here perfectly, I do not belong here”.

Wasim was among the 1000 girls who auditioned for the role of Geeta Phogat. Aamir Khan was impressed with her performance and offered her a lead role.

Since the film is a biopic of an Indian wrestler Geeta Phogat, who won the Gold medal for India in the Common Wealth Asian Games, Zaira had to go rigorous training in wrestling to match her in the film.

Her parents let her down saying that she should not act in films, but her school principal convinced them and inspired her to act in Dangal.

As an animal lover, she loves cats the most.

In 2017, She received National Child Awards for Exceptional Achievement for her contribution to arts, culture, academics, sports, and many other factors.

In 2017, she was made the Youth Ambassador of The Bengaluru Midnight Marathon.

In December 2017, she hit the headlines for allegedly being molested by a 39-year old Vikas Sachdeva, a senior executive of a media and entertainment company, on a Delhi to Mumbai flight. The incident stirred a strong wave of criticisms and controversies on social media. He was arrested by police on the same day.

In 2018, she won the Filmfare Critics Award for Best Actress for her role in the movie Secret Superstar.

Zara has recently wrapped up her last film, The Sky Is Pink, a biographical film, which is based on a 19-year-old motivational speaker Aisha Chaudhary who died due to pulmonary fibrosis, a condition that causes hardening of the lungs. She starred alongside Priyanka Chopra and Farhan Akhtar.