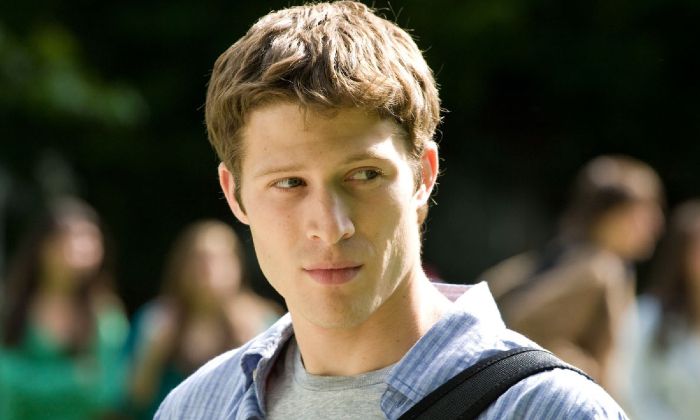 Who is Zach Gilford?

Hailing from Evanston, Illinois, actor Zach Gilford garnered much attention in his home country when he played Matt Saracen on the popular series Friday Night Lights from 2006 to 2011. The series, which is based on the movie of the same name, revolved around a small town in Texas where high-school football is among the most important things in life.

He soon became a household name and has a handful of hit titles to his name. He played Dr. Tommy Fuller in the ABC medical drama Off the Map and was cast as Dr. Brett Robinson in the Fox drama The Mob Doctor from 2013 to 2013. Since 2018, he’s been playing Danny on Sundance Now comedy series This Close, Gregg on NBC’s Good Girls and Ben Walker on Spectrum’s crime drama series L.A.’s Finest. His film credits include In Our Nature, The Last Stand, Devil’s Due, and The Purge: Anarchy, to name a few.

Zach Gilford was born on the 14th of January 1982, in Evanston, Illinois, United States of America. He’s currently 38 years old.

Zach Gilford’s parents are Anne and Steve Gilford. He’s the only child to her parents who belongs to Swedish and Russian Jewish.

He briefly worked as a Trip Leader for Adventures Cross-Country, and during his time there, he organized several adventure trips for teenagers to Alaska, British Columbia, California, Hawaii, and the South Pacific. Gilford was also employed as a staff member for YMCA Camp Echo in Fremont, Michigan.

Zach Gilford and actress Kiele Sanchez worked together in the television movie called The Matadors in 2010. During the course of the shoot, they both developed feelings for each other and started dating in the spring of 2010.

The two got engaged the following year in November 2011 and married on December 29, 2012. In 2015, Kiele suffered a miscarriage, and two years later, she gave birth to their first child with her husband, a daughter, Zeppelin Adele Gilford.

Speaking on how Zach Gilford ended up with acting. He started out on a very traditional route. He went to college and then took up some jobs. Zach, however, had always dreamed of being in Hollywood and it was a huge source of inspiration for his future acting endeavors.

Zach made his acting debut in a 2005 episode of NBC’s Law & Order: Special Victims Unit, and that same year, he booked for a role in the indie feature The Last Winter. It only took less than half a year to get on the radar and landed the role of Matt Saracen in the super hit series Friday Night Lights.

The series earned critical acclaim for its realistic making and won several awards, including Primetime Emmy Awards. On the heels of the success of the series, he scored major acting roles in some really cool projects, including Off the Map, The Mob Doctor, Lifeline, This Close, Good Girls, and L.A.’s Finest.

During his college days, he appeared in stage productions of Equus and The Laramie Project.

In 2011, Gilford appeared in Taylor Swift‘s music video of the song, Ours.

As of 2020, Zach Gilford has accumulated a net worth of whopping $6 million. He made his impressive net worth from acting in successful projects Friday Night Lights, This Close, Good Girls, and L.A.’s Finest. Zach is likely to continue having a successful career as he uses his talent to bring his fans strong characters to enjoy for years to come.