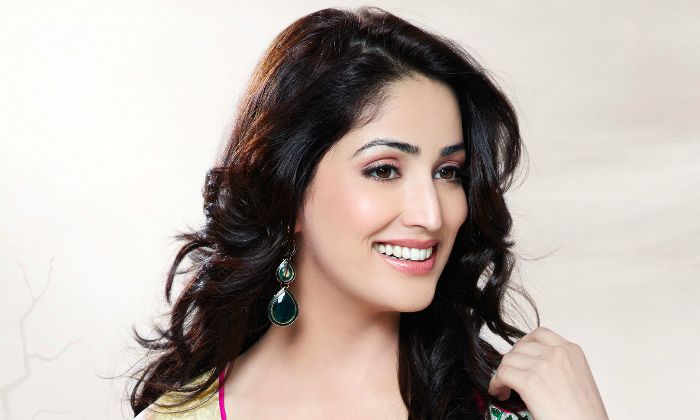 Who is Yami Gautam?

This gorgeous vivacious beauty is already popular even before she plunged into mainstream cinema, who gained immense popularity for appearing in Fair & Lovely commercials. You may like her or not, but you could not ignore her. Being a populous actress down South India, Yami Gautam has been very successful in film and television industry.  She is best known for her roles in such movies as Action Jackson (2014), Badlapur (2015), Sanam Re (2016), Kaabil, (2017) and Uri: The Surgical Strike (2019). Throughout her career, Yami has won several accolades for her versatile roles in films. Her glowing skin, luscious looks, and peach complexion make this doe-eyed beauty a real head-turner.

After completing school education in Chandigarh, Yami was accepted into the Punjab University to study Law. But, she dropped out of  her college to try her luck in showbiz. She is currently doing her correspondence degree from Mumbai.

Although, there are not any confirmed information about her relationship status, she is allegedly dating actor Pulkit Sharma. They were seen together going to public events and posing pictures on social media as well.

Yami Gautam made her film debut in 2009 with the Kannada film, Ullasa Utsaha, as Mahalakshmi. The film was a box office disaster, but Yami gained fame for her performance. Two years later, she debuted in Telugu and Punjabi industry with the films, Nuvvila and EK Noor, respectively.

Her Hindi debut, Vicky Donor, in which she played the role of the Bengali girl Ashima Roy opposite Ayushmann Khurrana, was a huge commercial success. She was praised for her stunning performance, which earned her several awards, including IIFA Awards, Zee Cine Awards and BIG Star Entertainment Awards, among others. The film grossed a whopping Rs 64.5 crore against a production budget of Rs 5 crore.

In 2008, the budding actress starred in an Indian daily soap, Chand Ke Paar Chalo that aired on NDTV Imagine. She has also acted in a number of television series and shows since then.

Yami Gautam has appeared in numerous TV commercials endorsing brands and products such as Fair & Lovely, Cornetto, Samsung Mobile, Chevrolet, among others.

Yami Gautam has made a staggering net worth of $1.4 million throughout her acting career. She charges Rs 1 – 2 crore per film and takes a hefty amount of money from every endorsement. With no doubt, acting is the foundation for her impressive net worth, but she also earns huge amount of money from brand endorsements, television appearances, product launches and event appearances.

Her father, Mukesh Gautam, is a popular director, who was behind the most famous television show, India’s Most Wanted and also serves as a Vice President at PTC Punjab.

As a teen, she aspired to join Indian Administrative Services (IAS), but made up her mind towards acting during her college days.

In her free time, Yami enjoys reading, interior decoration and listening to music.

Her father’s friend suggested her to try acting, who took pictures of her and sent across a few production houses in Mumbai. This was how, she got an offer to play the lead role in the television series Chand Ke Paar Chalo. The role marked a stepping stone in her acting career.

Unlike most of the actresses in the industry, she has her own make-up artist, as she doesn’t want to take risk when it comes to beauty.

In 2013, she won the IIFA Awards for Star Debut of the Year – Female for her outstanding performance in the movie, Vicky Donor.

She has a dog.

She appeared in the upcoming Bollywood film, Uri: The Surgical Strike, which was directed by debutant Aditya Dhar.  The film is based on the 2016 Indian Army’s surgical strikes on Pakistan as a retaliation for the Uri attack and was released on 11 January 2019.