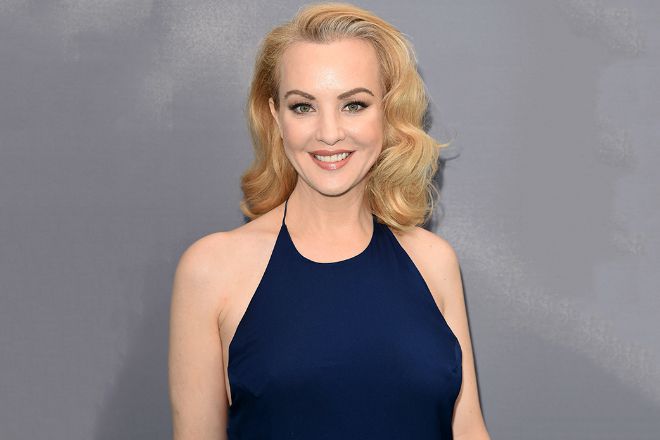 Who is Wendi McLendon-Covey?

Wendi McLendon-Covey is an American comedian and actress best known for her role as Rita in the 2011 comedy film Bridesmaids, which earned her an MTV Movie Award for Best Gut-Wrenching Performance. She initially gained fame as a member of The Groundlings, an improvisational comedy group in Los Angeles. Since her breakout appearance in the sitcom Reno 911!, Wendi has starred in a number of TV series and films, including Rules of Engagement, The Goldbergs, The Single Moms Club, Blended and Think Like a Man Too.

Wendi McLendon-Covey was born on the 10th of October 1969, in Bellflower, California, United States of America. She is currently 50 years old.

Wendi is the daughter of David Robert McLendon, who used to work as a delivery driver for Coca-Cola and accountant Carolyn (née Lewis). Her younger sister is a therapist.

She attended Long Beach City College and Golden West College before graduating from California State University, Long Beach with a B.A. in Liberal Studies and Creative Writing in 2000.

Wendi McLendon-Covey made her acting debut in 205, playing the role of E! Anchor in the comedy-fantasy film “Bewitched”.

Her first acting job was as Lydia Mayhew in the comedy TV series Lovespring International, in which she was a series regular in 2006.

Her portrayal of Rita in the successful and critically lauded comedy film Bridesmaids alongside Kristen Wiig, Maya Rudolph, Rose Byrne, Melissa McCarthy, and Ellie Kemper in 2011. She received several nominations for her work in the film and won New York Film Critics Online Award for Best Ensemble Cast and MTV Movie Award for Best Gut-Wrenching Performance.

McLendon-Covey worked at a hotel in Anaheim before she got enrolled in a weekend class for non-actors at The Groundlings. She later joined the group in 2002 and worked with them until 2009.

Wendi also worked as an editor for California State University’s academic journal of social work, while still a member of The Groundlings.

She was a spokesperson for the charity COPS 4 Causes.

She was the winner of the Commie Award from the LA Comedy Shorts Film Festival in 2011.

In January 2013, She joined the cast of the ABC comedy series The Goldbergs, as the main character. Her portrayal of the character received critical praise and was nominated for a Critics’ Choice Television Award for Best Actress in a Comedy Series in 2014.