Sriranjani is a familiar television host, VJ, RJ and playback singer, who is known for hosting the popular comedy reality show Kalakka Povathu Yaaru Champions on Vijay TV. She had previously associated with the YouTube channel, “Madras Central, where she hosted a web-based show, “Reel Anthu Pochu” and also worked in Radio One. Thereafter, she had participated in several TV shows along with her husband Amit Bhargav, who she married last year.

She was born in Chennai, Tamil Nadu, India.

Sriranjani got married with actor Amit Bhargav on June 16, 2016 in Chennai. They both first met at a Theatre workshop, where they exchanged numbers and developed liking for each other. The bonding between the two soon turned into love and their marriage was fixed by their parents.

Her body statistics may be –

She hasn’t yet appeared in films.

Sriranjani made her debut as a host with the television show “Kelvi Paathi Kindal Paathi” in Pudhu Yugam. She, then, appeared in the dance reality show, Jodi Number One Season 9 with her husband Amit. Thereafter, she became a part of Vijay TV, and  currently hosting the reality show, Kalakka Povathu Yaaru Champions along with Pappu.

She is also working as a Content head at Trendloud. 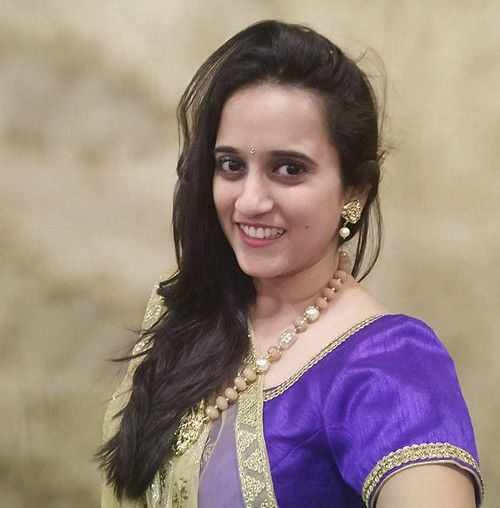 She has hosted a variety of shows in different channels such as Kelvi Paathi Kindal Paathi, Jodi Number One Season 9, Are You The Appa Takkar, Kalakka Povathu Yaaru Champions.

As a playback singer, she has sung songs in films like Goli Soda and Brahmotsavam.

She has voiced for actress Vegha in Tamil film Vaanam.

She’s a multilingual and fluent in Tamil, English, Hindi, Kannada, French and Mandarin.