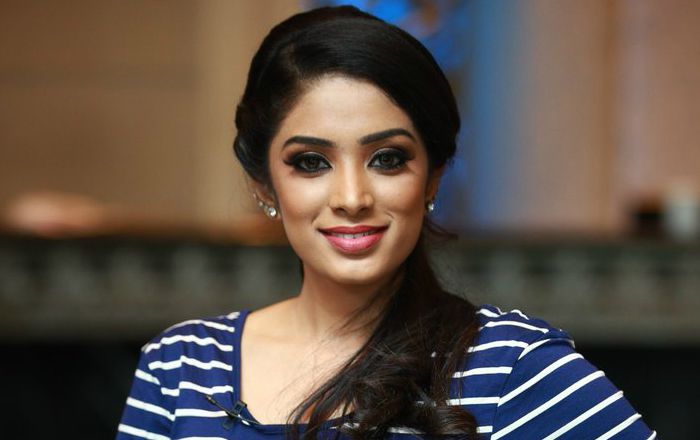 Who is Diya Menon?

Diya Menon was born on the 27th of December 1992, in Kozhikode, Kerala, India. She is currently 27 years old.

Diya Menon is the youngest of the two daughters to parents, Sindhu and Muralidharan. Her older sister, Dheepthi Kapil, is a fashion designer.

Later, she enrolled at Sri Krishna Arts and Science College, Coimbatore for her undergraduate program in BBM and earned her Master’s in Business Administration from GRD School of Commerce and International Business, Coimbatore.

Diya Menon married her longtime boyfriend Karthik Subramanian who is the Captain of the Indoor Cricket Team, Singapore, on June 15, 2016.

She started her career as a Vidoe Jockey (VJ) with Sun Music where she presented various live shows like Krazy Kanmani and Call Mela Kasu and many others. She’s currently hosting Savale Samali along with Adhavan on Sun TV.

She has appeared in a number of TV commercials and prints ads for jewelry and fashion brands.

She worked as a freelance anchor while she was still in her 10th grade with local television channels in Coimbatore.

After graduation, she moved to Chennai to try her luck in modeling and hosting and eventually became a VJ with Sun Music.

She, then, promoted as a full-time host on Sun TV and started hosting various programs for the channel, thanks to her good looks and elegant onscreen persona.

Her sister Dheepthi Kapil is a fashion designer, who has her own company and Diya’s wedding and Reception outfits were personally designed by her. In fact, most of her costumes have been styled by her.