Anjana Rangan, better known by her screen name, VJ Anjana, is a popular television presenter and anchor in Tamil television industry. She came into limelight with the program “Neengalum Naangalum” on Sun Music, through which she gained huge fame and popularity. In the course of her career, she then promoted to host reality TV shows, Award events, celebrity interviews and other industry relation events.

She attended P. S. Senior Secondary School in Chennai. She, then, graduated with a bachelor’s degree from MOP Vaishnav, Chennai.

Anjana is married to actor Chandramouli P Subramanyan, who has acted in movies like Kayal and Party. Their marriage took place in Chennai on 10 March 2016 at a grand wedding affair. They first met at an award function and soon they became friends and starting dating in early 2015. They got engaged on 29th November 2015 at Rina’s Venue, the Kerela house at ECR.

Her body statistics may be –

Unfortunately, there’s no details about her net worth at this time. 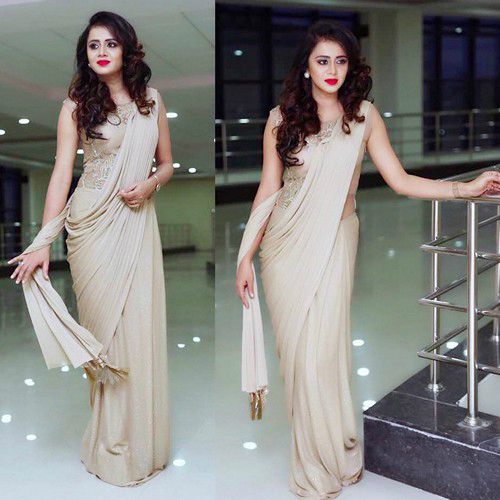 She won “Miss Chinnathirai” in 2008, this award is presented to the most talented and elegant stars of Tamil television galaxy.

She co-founded event management company called Plan B along with her friends.