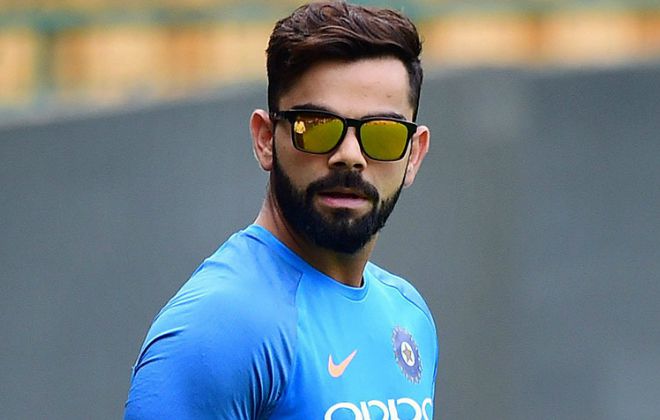 Who is Virat Kohli?

Virat Kohli is a famous Indian cricketer best known for his daring and aggressive play. The right-handed batsman currently captains the Indian national team with the highest winning average. Kohli is placed among the list of highest-paid cricketers and the most marketable athlete in the world. He was conferred with the Arjuna Award in 2013, the Padma Shri in 2017, and the Rajiv Gandhi Khel Ratna, the highest sporting honour in India, in 2018. In 2018, Time magazine named Kohli one of the 100 most influential people in the world. In 2019, Forbes ranked Kholi at #100 in their list of The World’s Highest-Paid Athletes 2019 and also included him in 30 Under 30 – Asia – Hollywood & Entertainment in 2016.

Virat Kohli was born on the 5th of November 1988 in Delhi into a Punjabi family. He is currently 31 years old.

Virat Kohli is the youngest of three children to Indian parents of Punjabi ancestry, Prem Kohli, a criminal lawyer, and Saroj Kohli, a housewife. He has an older brother, Vikas, and an older sister, Bhavna.

Virat attended Vishal Bharti Public School in Delhi. At the age of 9, he joined the West Delhi Cricket Academy in Delhi and then enrolled at Xavier Convent School in Delhi where he excelled at academics and sport.

Virat began dating actress Anushka Sharma in 2013 after they first met in a TV commercial shoot. The couple got married on 11 December 2017 in a private ceremony in Florence, Italy after four years of an intimate relationship. His personal life has always been subject to tremendous media attention after his likes of Anushka.

Virat made his One Day International debut on August 18, 2008, playing against Sri Lanka at Pallekele International Cricket Stadium. He made 12 runs out of 22 balls playing in the second.

On June 12, 2010, Virat Kohli played his first international T20 against Zimbabwe at Harare Sports Club. His knock, 26 runs out of 21 balls, in the match helped India to win the match by 6 wickets.

Virat Kohli made his IPL debut for Royal Challengers Bangalore playing against Kolkata Knight Riders on April 18, 2008. He was able to score only 1 run playing at last with his team losing in the match.

Virat is the most valuable celebrity endorser in sports. He has had affiliated a number of brands and products, including but not limited to, 3C Company, Adidas, Boost, PepsiCo, Nike, TVS Motors, Fastrack, Royal Challenge (from United Spirits), Fair and Lovely, Herbalife, Flying Machine, Red Chief Shoes, Toyota Motors, Celkon Mobiles, Cinthol, Munch, and  Sangam Suitings.

He has amassed an immense net worth for himself within a span of few years. His net worth is estimated to be $60 million dollars which includes his valuable assets and luxury car collections. His annual earnings have increased to a staggering $25 million dollars last year. Kohli is amongst the top paid sportsperson in the country as well as the highest-paid cricketer of IPL. His source of earnings is cricket, endorsement deals, advertisements, and personal investments.

Being a celebrity cricketer, he lives a luxury life, who owns different-styled houses in all major Indian cities. Virat, however, prefers to stay at his luxurious houses in Mumbai and Delhi. He has recently bought a luxury pad worth Rs 34 crore in Worli, Mumbai. This 7,171 square feet flat sits on the 34 floor of Tower C that offers breathtaking sea view and boats all amenities that one could imagine.

We have listed out some of his records/achievements in cricket.

Virat Kohli is the recipient of the Indian government’s Arjuna Awards (2013) and Padma Shri (2017), the fourth highest civilian award.

Apart from cricket, he loves to play video games and soccer.

Alongside his cricket career, Kohli co-owns FC Goa in the ISL, the IPTL franchise UAE Royals and the PWL team Bengaluru Yodhas.

While playing for the Delhi team, Virat made 90 runs in the Ranji Trophy match against Karnataka on the day of his father’s death.

He has 4 tattoos inked on his body, one being on his upper right arm showing his own Zodiac Sign Scorpio, the second being a little lower on the same arm. His favorite is the tattoo of a Japanese Samurai warrior with a raised sword.

Chris Gayle and AB de Villers are his favorite buddies in the IPL dressing room.

This world-famous cricket player is afraid of heights.

In 2013, he formed a charity foundation called Virat Kohli Foundation that aims at helping underprivileged kids and conducts events to raise funds for the charity.

UK-based magazine SportsPro named Kohli as the second most marketable athlete in the world in 2014 behind only Lewis Hamilton.

In 2016, Virat Kohli was named Wisden Leading Cricketer in the World.

In 2016, Kohli’s brand value was estimated to be US$92 million, after the likes of Bollywood Actor Shah Rukh Khan.

Virak Kohli has about 17 lucrative endorsement deals with reputable brands as of September 2017.