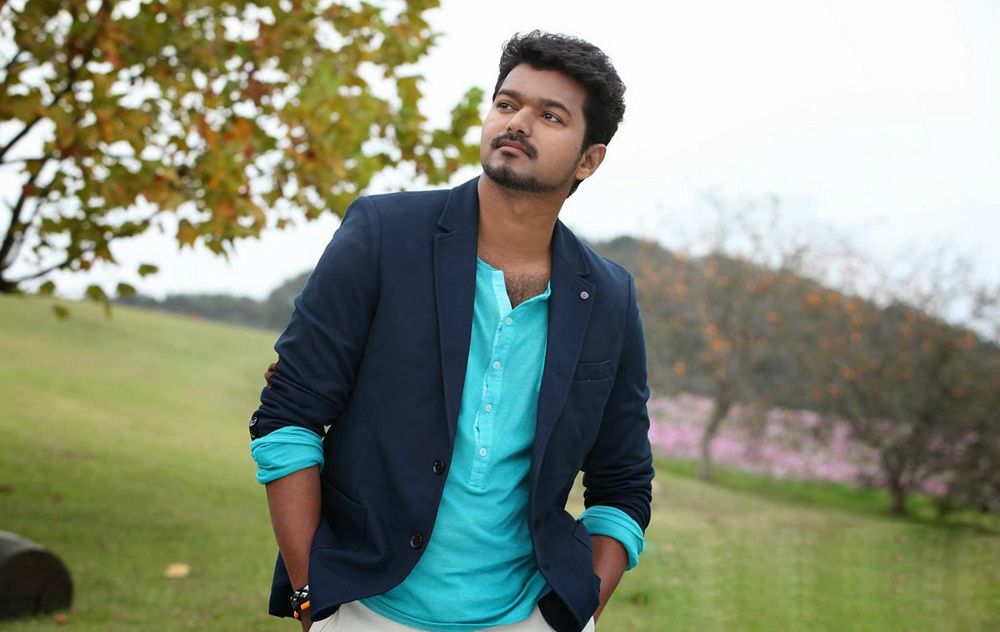 Vijay is an Indian actor and playback singer who is probably known for his starring roles in such movies as Kushi, Ghilli, Thuppakki, Kaththi, Theri, and Mersal. Vijay is commonly referred to by his fans and media as Thalapathy. He is one of the most followed and the highest-paid actors in the South Indian entertainment industry. Vijay has received three Tamil Nadu State Film Awards, one Cosmopolitan Award, one India today Award, eight Vijay Awards, three Edison Awards, two Vikatan Awards

Vijay is the son of A. Chandrasekhar, a film director and Shoba, a playback singer and Carnatic vocalist. His sister Vidhya died when she was two years old.

Vijay married Sangeetha Sornalingam on 25th August 1999. She is a Sri Lankan Tamil and they met in the UK while he was on a vacation. The couple has two children together, a son named Sanjay Vijay (Born 2000) and a daughter named Divya Vijay (Born – 2005). Both his children had made a cameo appearance along with him in movies like Vettaikaaran (2009) and Theri (2016).

Vijay got his start in cinema as a child, starring in his father’s movies. He was first seen in the 1984 film Vetri.

His first adult acting role came in 1992 with the film ‘Naalaiya Theerpu,’ which was directed by his father and produced and written by his mother.

The actor has been a face of several brands such as Coco-Cola, Sunfeast, Chennai Super Kings (IPL franchise), Jos Alukkas and Tata Docomo.

The South Indian Film icon has an estimated net worth of $56 million dollars, according to the media. He charges Rs 35-50 crore as salary per film and takes home around Rs 3 crore for each endorsement deal. Vijay is one of the highest paid actors in India and enjoys lucrative endorsements deals. He lives in a luxury home in Kaveri Street, Saligramam, Chennai, Tamil Nadu.

Vijay is an avid car lover and has an extensive collection of exotic cars such as BMW X5, Toyota Innova, BMW X6, Rolls Royce Phantom, Audi A8 and BMW Mini Cooper S.

Being a popular artist in South India, Vijay has a cult fan following on social media. He converted his fans club into a social welfare organization known as Vijay Makkal Iyakkam. Follow him on:

He is also referred to by Thalapathy by his fans, earned recognition with his roles in hit films like Poove Unakkaga (1996) and Kadhalukku Mariyadhai (1997).

Thalapthy has recently completed his 25 years in Tamil cinema and has never turned his back even after facing several failures at the box office during the early stage of his film career.

He started his career as a child artist and has appeared in more than 62 films in a career spanning more than 25 years.

He has never acted in other language films except Tamil.

Thalapathy started a social welfare organization Vijay Makkal Iyakkam which was officially launched at Pudukottai on 26 July 2009. It is responsible for much of his philanthropic work.

Vijay was supposed to feature in Dharani’s Dhool and Shankar’s Mudhalvan, but due to busy schedules, he wasn’t able to take up those offers.

He was honored with Doctorate by Dr. MGR University for his contribution to Tamil Cinema.

Vijay is the first actor in Kollywood to have his movies gross more than Rs 1 crore at the Chennai box office on its opening day.