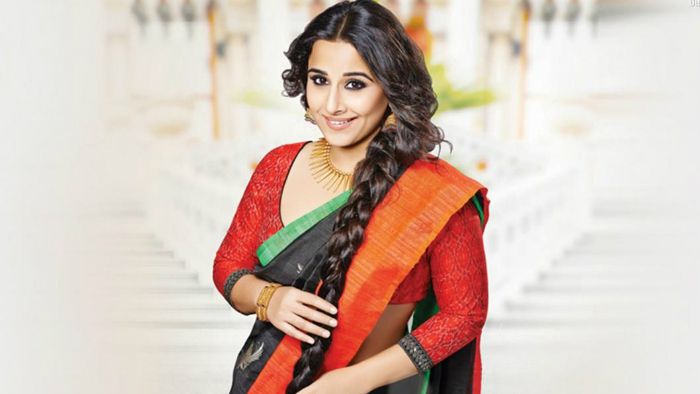 Who is Vidya Balan?

Vidya Balan is an Indian actress who predominately appears in Bollywood films. She is best known for starring in movies like Paa, Ishqiya, No One Killed Jessica, The Dirty Picture and Tumhari Sulu. In an acting career spanning more than a decade, she has received several awards, including a National Film Award, six Filmfare Awards, and six Screen Awards. She’s one of the highest paid actresses in the industry, and, over the years, she has established a name for herself in Bollywood. She is the recipient of Padma Shri, the fourth highest civilian award of the Government of India.

Vidya was born to Saraswathy Balan and P. R. Balan. Her father was the executive vice-president of Digicable. Her mother is a homemaker. She has an older sister named Priya Balan, who works in advertising. In case you don’t know, the actress Priyamani is her second cousin.

In early 2012, Vidya Balan confirmed to the media that she has been dating Siddharth Roy Kapoor, CEO of UTV Motion Pictures for a while. Following her romance became public, the couple married on December 14, 2012, in a private wedding affair in Bandra, Mumbai, which was only attended by the couple’s family and friends.

Her onscreen debut came in 2003 through the Bengali film, Bhalo Theko in which she played the role of Anandi.

She received positive reviews and acclaim for her Hindi debut Parineeta in 2005, which earned her a Filmfare Award for Best Female Debut.

Vidya Balan made her first TV appearance when she was cast in the 1995 sitcom Hum Paanch, playing the role of Radhika, a bespectacled teenager.

The actress basked in appreciation and awards for her role as Vidya in R. Balki’s comedy drama film Paa in 2009.

Her other significant work include her roles in movie such as Kahaani, Kahaani 2: Durga Rani Singh, Tumhari Sulu, Ishqiya and Parineeta.

She did feature in a number of television commercials and print ads.

She has an estimated net worth of $15 million dollars. She is considered as one of the popular and influential celebrities in B-town. One of the richest celebrities in the entertainment industry, Vidya Balan’s earnings come from acting, television appearances, endorsement deals.

Vidya Balam lived in a modest home in Chembut with her family until her marriage. In 2010, she bought a plush four-bedroom home in the subrub of Khar, Mumbai. She was ten gifted with a luxury home worth Rs 14 crore by her husband as their wedding gift.

The gorgeous lady owns one of the finest luxurious sedan in market, a black Mercedes E-Class which was gifted to her by her father.

Vidya Balan was awarded the National Film Award for Best Actress for The Dirty Picture (2011) and has won five Filmfare Awards.

She has graced the covers of famous magazines and writes columns occasionally for leading publications in the country.

She topped Rediff’s annual listing of “Bollywood’s Best Actress” for straight two years in 2011 and 2012.

Vidya Balan is the youngest person to receive “The Prabha Khaitan Puraskar” for her efforts toward women empowering by the Calcutta Chamber of Commerce in 2012.

In 2014, she was awarded the Padma Shri, the fourth highest civilian award in India, for her contributions to the entertainment industry.

In 2014, she received an honorary Doctor of Arts degree from Rai University; the university also named a scholarship program for underprivileged girls after her.

In August 2017, Vidya was made a member of the Indian Central Board of Film Certification, to certify films for theatrical exhibition.

Vidya Balan is a multilingual, who can speak in English, Tamil, Hindi Malayalam and Bengali.

She is critics’ delight, who often criticizes her for her choice of attire because of her weight.