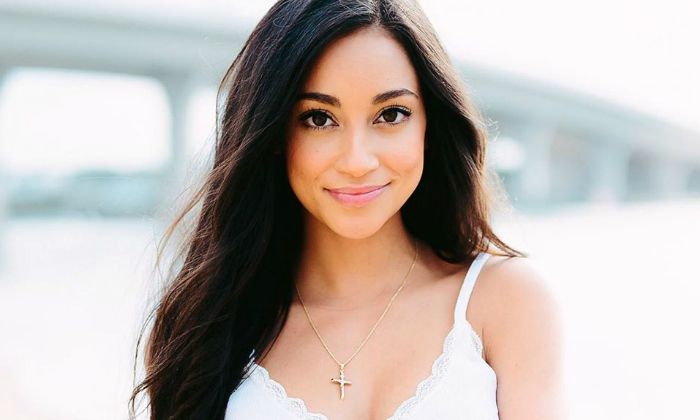 Who is Victoria Fuller?

Victoria Fuller is an American reality star and television personality who’s probably best known for her appearance on season 24 of The Bachelor. She’s been making headlines ever since her inception into the show and the most controversial contestant on the dating show. This gorgeous dark-haired cutie managed to catch Peter’s attention very early in the show that eventually made her one of the three finalists. She works as a medical sales rep in her hometown of Virginia Beach, Virginia, where she has lived her entire life.

Victoria Fuller was born on the 7th of October 1993, in Virginia Beach, Virginia, United States of America. She is currently 27 years old.

Victoria Fuller’s parents are Douglas Fuller and Suzanne Fuller. Her father works as an equipment specialist supervisor. She has two siblings, a brother, Charlie and a sister, Victoria F. Gabby.

After graduating from high school, she attended Old Dominion University from where she graduated with a degree in Economics in 2015. She is also planning to do her Master’s in Economics.

Although Victoria Fuller is currently single, she has had been in relationships with many men in the past. Her ABC bio reads, “Victoria is looking for a guy that can make her laugh and melt her heart. She wants a man who can love her through the good, the bad and the ugly. She wants a man who can not only give her unconditional love but can also give that love to her dog Buxton because they are a package deal.”

Victoria was previously in a relationship with country singer Chase Rice but the details of their breakup are hazy. Interestingly, Chase showed up on the show where he performed on her first one-on-one date with Peter. She looked awkward and embarrassed the entire moment after she found out that it was her ex who’s going to perform on her one-on-one date.

Furthermore, Victoria’s dating history was not as good as it should be. Bachelor Nation blogger Reality Steve revealed that he received a lot of messages from people about how Victoria had caused the breakup of a few marriages. Though he did not disclose the details of her affair with married men or didn’t go deep into the matter, he revealed that the wives of the husbands Victoria dated were women she was friends with.

Victoria hasn’t talked much about her past relationships but she took to her Instagram to defend herself from rumors claiming that she had affairs with married men. She’s currently dating Chris Soules, a reality television personality and farmer who starred in the nineteenth season of ABC’s The Bachelor.

Victoria Fuller made her television debut on Peter Weber‘s season of Ther Bachelor in 2020. She is one of the 30 contestants to compete on the show to win Peter’s love. She has already made it to the finals alongside fellow contestants Hannah Ann Sluss and Madison Prewett. Victoria was eliminated from the show in its ninth week and finished second runner-up.

She is very active on social media, especially on Instagram. She has amassed over 420,000 followers to her @vlfuller Instagram page.

She was raised in Virginia Beach, Virginia and she is very close to her grandmother.

Victoria Fuller received a lot of backlash for appearing in a modeling campaign for a clothing brand featuring the slogan “White Lives Matter.”

Though it was later revealed that the campaign was for the clothing brand Marlin Lives Matter, Victoria was still criticized for that matter on social media.

Because of the backlash, Cosmopolitan pulled the digital cover that was supposed to feature Victoria and Peter Weber on their website. The magazine’s Editor-in-Chief Jessica Pels announced the magazine would no longer be publishing the cover, after finding out Fuller had previously modeled in an ad campaign wearing “White Lives Matter.”

She is a big fan of the Washington Nationals.

Victoria was once a close friend of Peter’s ex-girlfriend Merissa Pence. She showed up on the show and warned Peter of her bad dating history and her involvement in breaking many relationships.

She is an avid animal lover. You can find a lot of pictures of herself with animals on her Instagram.

Besides working as a medical sales executive, Victoria also works part-time at a yoga studio.

She has a dog named Buxton.

She is a huge fan of country music and will travel to see her favorite artists play a show.

According to PageSix, Victoria was arrested on charges of DWI on Aug. 25, 2017, and sentenced to 12 months behind bars, but, fortunately, her prison sentence was suspended and she received 24 months of probation instead.