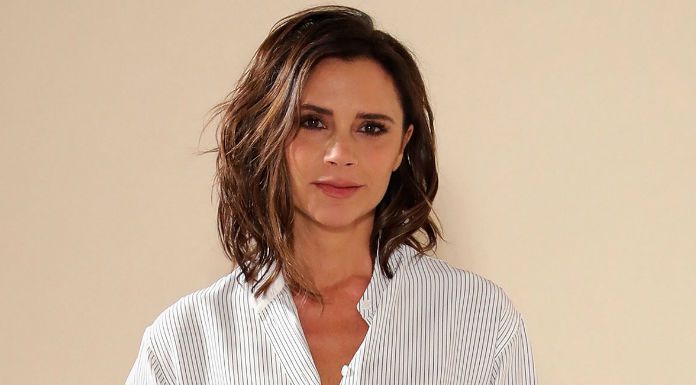 Who is Victoria Beckham?

Victoria Beckham, best known as Posh Spice, is an English Businesswoman, fashion designer, model and singer. She became prominence with the all-girls band ‘Spice Girls’ in the late ’90s. After the group split, she started her solo carer in singing and signed deals with popular recording labels like Virgin Records and Telstar. Her debut single, “Out of Your Mind” made it to the no.2 spot in the UK Singles Chart. Beckham is a talented multifaceted gorgeous woman, a mother and an entrepreneur who owns a few of world’s popular fashion brands.

It’s no doubt that Beckham is a perfect idol for young ladies to be inspired who wants to establish their identity in their own terms. She is also a writer of two bestselling books. Victoria hails from a wealthy family, and is now one of the successful women in Britain, becoming the 52nd richest woman in Britain and the 19th richest person in Britain with husband David, with an estimated joint wealth of £112 million ($225 million) in 2007. She is a proud owner of a denim line, fragrance line, sunglasses collection and posh and expensive line for classy dresses besides earning money from other professions like singing and endorsing brands.

Beckham was born on the 17th of April 1974, at the Princess Alexandra Hospital in Harlow, Essex, United Kingdom. She is currently 45 years old. and raised in Goffs Oak, Hertfordshire.

Victoria Beckham attended St. Mary’s High School in Cheshunt, where she was often bullied by her classmates because of her lucrative financial status. She pleaded her father not to drop outside the school in their Rolls Royce. Her parents enrolled her at Jason Theatre School. She studied dance and modeling at the Laine Theatre Arts in Epsom, Surrey.

Victoria started dating English Footballer David Beckham in 1997. They first met at a charity football match, and after that David requested her for a meeting to which she said, “I didn’t really know who he was. I was never into football”. They got engaged in 1998 and married on July 4, 1999 at Luttrellstown Castle in Ireland. The couple was dubbed as “Posh and Becks” by the media.

Mark Woods (1991-1994) – She then dated Mark Woods with whom she got enagaged in 1993. But, due to unknown reasons their marriage called off and eventually they broke off then relationship in 1994.

Corey Haim (1995-1996) – In 1995, Victoria met Canadian actor Corey Haim in a recording studio in London and they began dating the same year. They mutually ended their relationship in 1996.

She was first seen in the 1997 British / American film Spice World playing herself as Posh Spice. She received Razzie Award for Worst Actress for her performance.

After embarking on a solo career, Beckham released her first single, “Out of Your Mind” in collaboration with Dane Bowers and Truesteppers on August 14, 2000. The single debuted at #2 in the UK Singles Chart. She dropped her first eponymous studio album on October 1, 2001, which peaked at number 10 in the UK Albums Chart.

Victoria Beckham first appeared on television in a TV movie of talk-show genre titled Victoria’s Secrets as herself.

She has endorsed many brands and products throughout her career. Some of them include Beckham Perfume, Victoria by Victoria Beckham, Rocawear, VB Style, Signature Fragrance, Coty, Rock & Republic, and Emporio Armani.

“If you haven’t got it. Fake it! Too short? Wear big high heels, but do practice walking!”

“I want my kids to have a good work ethic. I believe you can achieve anything if you work hard enough to get it.”

“I’m not materialistic. I believe in presents from the heart, like a drawing that a child does.”

“I like a man who can be a real friend, has a good sense of humor, a good pair of shoes and a healthy gold card.”

The 45-year old English fashion designer is one of the best in the fashion industry. She is also writer who giveaway her fashion tips to find their unique fashion style. This fashion icon has an immense following on social media, and be one of them.

Victoria came into the entertainment industry as a singer joining the girls’ group Spice Girls in 1994. The group has released three albums ‘Spice’, ‘Spiceworld’, and ‘Forever’, selling more than 85 million copies before they dismantle the group.

She is a hardcore fan of handbags and has more than 100 handbags worth over 1.5 million pounds.

In 2001, she launched her autobiography entitled, ‘Learning to Fly’, which went on to became the bestselling books in the UK. The book portrays about her childhood, Spice Girls and her marriage with David Beckham.

She has released a number of singles till date and had four UK top singles.

In 2004, she ventured into television through a reality series, The Real Beckhams, featuring herself and her husband. The series was about their life.

In 2006, she released her second book ‘That Extra Half an Inch: Hair, Heels and Everything in Between’.

Beckham is the winner of two British Glamour Magazine awards in 2007. Both the awards celebrate her achievements as a fashionista.

In January 2000, a tip-off to Scotland Yard detectives exposed a plot to kidnap Victoria and Brooklyn Beckham and hold them at a house in Hampstead, London. She has also received death threats.

She has also been named as ‘one of the 100 most powerful women in the UK’ by Woman’s Hour.

Her Victoria Beckham label was named designer brand of the year in the UK in 2011.