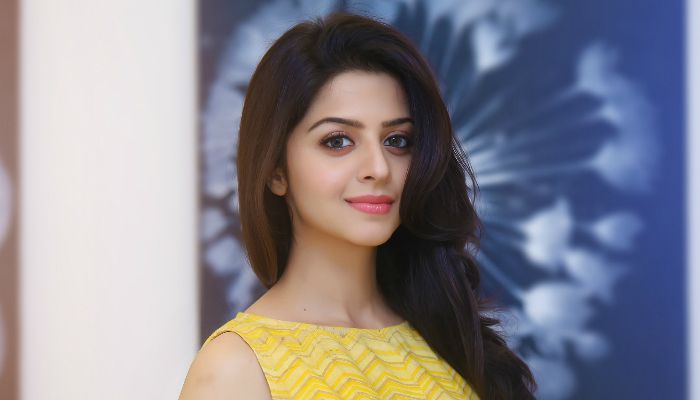 Vedhika is an Indian actress who predominantly appears in South Indian language movies, including Tamil, Telugu, Kannada, and Malayalam. She earned accolades for her starring roles in films such as Paradesi, Kaaviya Thalaivan, James & Alice, and Shivalinga. Within a few years of her entry into the industry, the young talented actress has managed to win over the likes of youngsters, thanks to her good looks, next-door girl appeal, and captivating onscreen persona.

Vedhika was born on the 21st of February 1988, in Solapur, Maharashtra, India. She is currently 32 years old.

Unfortunately, not much information is available about her family. She is of Kannadiga descent. Her parents’ names are unknown. The only information that we know about her is that she has a brother.

After completing her schooling, she enrolled at the Cardiff University in Cardiff, Wales, United Kingdom, where she graduated with a B.Sc degree in Business Administration. She also holds a Master’s degree in Marketing. Vedhika attended Kishore Namith Kapoor School to hone her acting and dancing skills.

The Kanchana 3 actress is reluctant to talk about her personal life to the media. It appears that she is single and there aren’t any rumors in relation to her link-ups and .

In 2006, she started her professional acting career, with a starring role in the Tamil film, Madrasi. She played the role of Anjali. The following year, she made her Telugu debut as Devi in Vijayadasami alongside Kalyan Ram.

Her Kannada debut came in 2008 with the film Sangama. She starred in the 2013 Malayalam film, Sringaravelan opposite Dileep.

She hasn’t appeared any television series but had participated in a lot of promotional talk shows.

Before films, she briefly did modeling, where she appeared in a bunch of commercials and print ads including Punarjeeva Hair oil, Airtel, Sunfeast biscuits.

Vedhika has an estimated net worth of US$1 million. She takes Rs 50 – 80 lac per film. Her earning include films and endorsements.

She hails from a Kannadiga family.

The bubbly actress started her career as a model before branching out to acting.

She won her first award for her excellent performance in Tamil film, Paradesi. She received two Edison Awards, one Asiavision Awards, one Techofes.

She is an accomplished Kathak and Bharatanatyam dancer.

Vedhika is an ardent devotee of Lord Krishna.

She can speak Tamil, Telugu, Kannada, Hindi, and English.