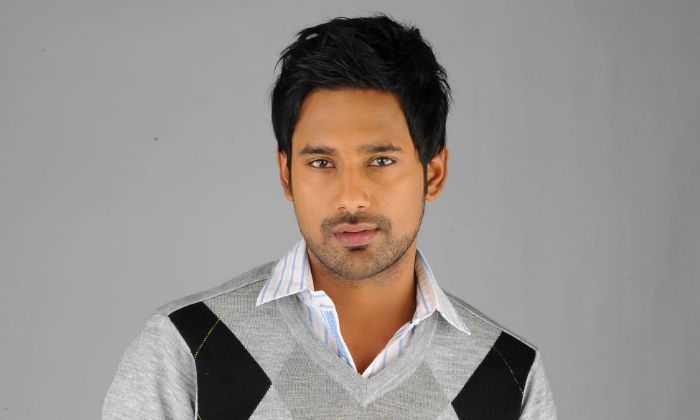 Who is Varun Sandesh?

Varun Sandesh is an Indian actor who is probably best known for his starring roles in movies like Happy Days, Kotha Bangaru Lokam, Kurradu, and Yemaindi Ee Vela. He mostly appears in Telugu movies and has featured in over two dozens of films. He was last seen in the movie Mister 420, which was released in the year 2016. Varun hit the headlines again in 2019 when he was cast as one of the contestants in Bigg Boss Telugu 3 along with his wife Vithika Sheru.

Varun Sandesh hails from a modest family and his family members have already carved a niche for themselves in the entertainment industry. He is the oldest son to Indian parents Ramani Jeediguntla and Vijay Saradhi.

His grandfather, Jeedigunta Ramachandra Murthy, was a prominent Telugu writer, who worked for All India Radio for 28 years in Hyderabad. Popular Telugu television personality Jeedigunta Sridhar is his uncle. His younger sister, Veena Sahithi, is a singer and lyricist, who is known for her work in Nandini Reddy’s Ala Modalaindi.

Born in Rayagada, Orissa, he moved to Hyderabad where he lived for four years and later moved to the US with his family. He spent most of his early years in Bridgewater, New Jersey where he completed his schooling and higher studies.

Varun Sandesh married his wife Vithika Sheru in 2016. She is also an actress and model known for her roles in such movies as Prema Ishq Kaadhal, Bheemili Kabaddi Jattu, Jhummandi Naadam. The two were engaged on December 7, 2015, and got married on August 19, 2016 in Hyderabad.

Before marriage, Varun was in a brief relationship with actress Shraddha Das, his co-star in Maro Charitra, in 2011. Later that year, they broke up for some unknown reasons.

Varun Sandesh made his onscreen debut as Chandrashekar “Chandu” in the 2007 musical coming of age film Happy Days.

Varun’s first television appearances came in 2019 when he and his wife Vithika Sheru participated in the third season of the controversial reality show, Bigg Boss Telugu. The show has been hosted by actor Nagarjuna which airs on Star Maa TV.

In 2007, Varun landed the lead role of Chandrashekar in Sekhar Kammula’s romantic coming of age flick ‘Happy Days’. He starred opposite Tamannah Bhatia in the film, which mostly received positive reviews from critics and audience. The film won 6 Filmfare Awards South and 3 Nandi Awards.

Following the success of the film, he played the lead role in the Telugu film Kotha Bangaru Lokam, which was also declared a successful flick at the box office. He continued the box office success with a host of films like Evaraina Epudaina (2009), Kurradu (2009), Yemaindi Ee Vela (2010) and Saradaga Ammayitho (2013).

He dropped his plans to pursue medical studies when he came to know about the audition for a lead role in Sekhar Kammula film. He sent a video clip of the audition to the director of the film and eventually got selected for the role.

Varun wanted to be an actor but he had no prior acting experience when the landed the lead role in Happy Days.

He is the face of Kalanjali store in Andhra Pradesh, India.

He has also sung a song called “Vaanemo Thadisi” for the film Evaraina Epudaina, in which he played the lead role.

In 2010, he starred alongside Nisha Aggarwal in the romantic flick Yemaindi Ee Vela, which emerged as a blockbuster hit.

Varun and his wife Vithika Sheru entered the Bigg Boss house of the Telugu version of the reality show in 2019.