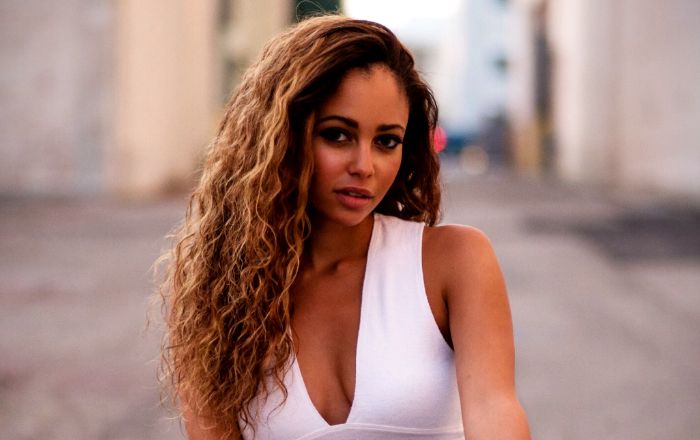 Who is Vanessa Morgan?

Canadian actress Vanessa Morgan known for her roles as Sarah in the Disney’s My Babysitter’s a Vampire, as Beatrix “Bird” Castro in Finding Carter and as Toni Topaz in the CW series Riverdale. She also had played the role as Amanda Pierce in the Family teen sitcom The Latest Buzz.

Unfortunately, not much is known about her family background. She has two older siblings, including her older sister, Celina Mziray. Vanessa graduated from Colonel By Secondary School in Ottawa in 2010.

In 2014, Vanessa Morgan dated ice hockey player Nathan MacKinnon for over a year and she ended her relationship with him in late 2015. Before that, she dated actor Munro Chambers in 2008.

She was first seen on television playing Amanda Pierce in the Canadian sitcom, The Latest Buzz from 2007 to 2010.

She has since appeared in a number of TV series including her recurring roles in CW series Riverdale and in the MTV teen drama series Finding Carter. She also had participated in the TV show The Amazing Race Canada in 2013.

She sang the theme song of the comedy TV series, The Latest Buzz.

Having had played Lyria in the fantasy drama TV series, The Shannara Chronicles and as as Sarah in the Disney Channel/Teletoon original movie My Babysitter’s a Vampire and the television series of the same name.

She has a net worth of $1 million US dollars with annual salary of over $300K.

She has been singing since she was 5 years old.

She was discovered by a talent scout when she was performing at an local event and that got her into acting.

She won the Junior Miss America 1999 pageant at the age of 7 years old.

In May 2015, she became United States green card holder.

She has a dog named, Yoshi.