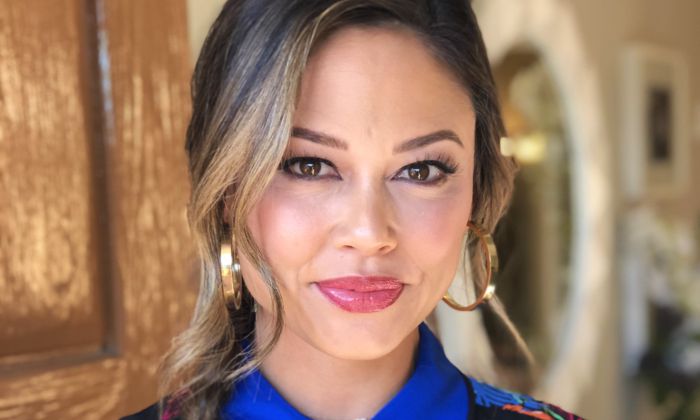 Who is Vanessa Lachey?

Vanessa Lachey is a Filipino-born American television personality, actress, model and beauty queen from Los Angeles, California. Her path to stardom began at a young age and won her first beauty pageant at 18 years old, which soon led to her becoming a host on MTV’s Total Request Live (TRL) and New York City correspondent for Entertainment Tonight. All her accomplishments in the television industry led to a number of roles in television series such as Psych, CSI: NY, Dads, Truth Be Told, and American Housewife, among many others. Vanessa has hosted several reality shows so far in her career including Netflix’s dating show Love is Blind.

Vanessa Lachey was born on the 9th of November 1980, in Angeles City, Pampanga, Philippines. She is currently 39 years old.

Vanessa is the daughter of Helen Ramos Bercero and Vincent Charles Minnillo, who worked as a cabin crew on an Air Force aircraft. She has an adopted brother named Vincest Jr who is two years older than her. She is of Italian, Russian-Jewish, and Irish descent on her father’s sid while she has Filipino roots on her mother’s side. Her father met her in Philipines where he was stationed and got married subsequently.

Vanessa was raised by her father and her stepmother Donna Minnillo. She attended the Roman Catholic Bishop England High School and then studied at Our Lady of the Assumption Catholic School, in San Bernardino, California, for one year.

The gorgeous television personality, Vanessa began dating singer Nick Lachey in 2006, shortly after she appeared in the music video for his song “What’s Left of Me”. The couple got engaged in November 2010, followed by heir marriage on July 15, 2011, held at Sir Richard Branson’s private Necker Island in the British Virgin Islands.

Prior to her marriage with Nick, Vanessa was in relationships with Derek Jeter, Orlando Bloom and Lindsay Lohan.

In 2001, she was cast as a cheerleader on an episode titled “Oh, Crap!” in the CBS comedy drama series, That’s Life.

Her first major break came in 2003 when she was picked up as a host for MTV’s Total Request Live. She spent three years there before becoming a New York City correspondent for Entertainment Tonight in 2005.

Vanessa’s acting credits include a minor role as Johnny’s wedding date in the 2007 American superhero film, Fantastic Four: Rise of the Silver Surfer, where she starred alongside Ioan Gruffudd, Jessica Alba, Chris Evans, and Michael Chiklis.

All that modeling and screen appearances have made Vanessa Lachey a millionaire on her own right. She has a net worth of $10 million, as of 2020.

Through her compelling works, the stunning beauty has built a strong social media presence over the years. Vanessa has earned over 900,000 followers on her eponymous Instagram page. She can be found on Twitter under the same name, where she has over 160,000 followers while her Facebook page has got nearly one hundred thousand followers.

Due to her father’s nature of work, she lived in many places including Washington, California, Nevada, Florida, Germany and Japan throughout her childhood and studied at seven different schools.

She has graced the covers of Maxim, Shape, and Lucky.

She paired with professional dancer Maksim Chmerkovskiy competing against her husband Nick on the 25th season of Dancing with the Stars.

Vanessa is allergic to cats.

In 2019, she joined the Netflix’s dating reality show “Love is Blind” as a co-host along with her husband Nick Lachey.