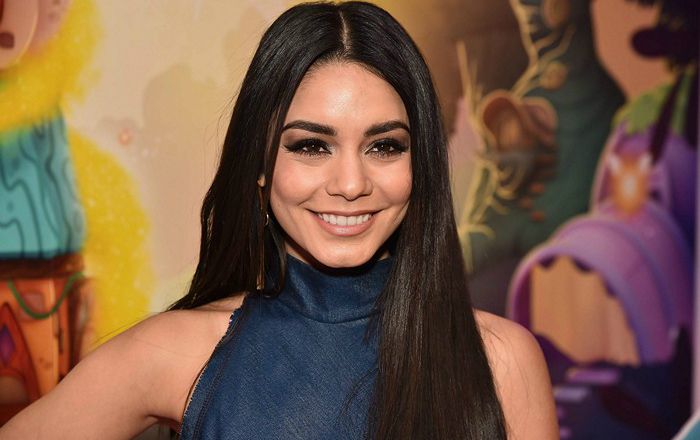 Who is Vanessa Hudgens?

American actress and singer Vanessa Hudgens shot to fame portraying Gabriella Montez in the High School Musical film series. That success helped her sign a whopping recording Hollywood Records, with whom she released two studio albums, V and Identified in 2006 and 2008, respectively. She has since starred in many films and TV shows including Bandslam, Beastly, Sucker Punch, Journey 2: The Mysterious Island, Spring Breakers, and Machete Kills.

Vanessa Hudgens was born on 14 December 1988, in Salinas, California, U.S.

She has Irish and Native American ancestry from her father’s side while her mother is of Filipino descent and a native of Manila and Philippines.

Vanessa Hudgens has been dating American actor and singer Austin Butler since 2011. They first met in September 2011 at a milkshake joint followed by several other occasions and they soon fall in love with each other.

Vanessa Hudgens was first seen in the 2003 American drama film “Thirteen,” in which she played Noel.

In 2002 she appeared in the American sitcom “Still Standing,” for her role as Tiffany in the fourth season of season one titled “Still Rocking”.

Vanessa Hudgens released her debut album, “V” on September 26, 2006 under the label Hollywood Records. The album peaked at #24 on the Billboard 200, and was certified Gold in the United States and was certified Platinum in Argentina by the CAPIF. The album sold over 570,000 copies.

Her second album, “Identified” was released on June 21, 2008 and reached #23 on Billboard 200. She also released various singles recorded for High School Musical series and most of them had commercial success.

Having played Gabriella Montez in the Disney Channel Original Movie “High School Musical” in 2006 and its related sequels in the year 2007 and 2008. She also appeared in several other Disney productions.

Vanessa has been affiliated with Neutrogenia. In 2008, she was the featured celebrity for Sear’s back-to-school campaign. She served as spokesperson for Marc Ecko products for two years from 2007.

Her net worth is estimated to be $15 million. That money comes from her acting portfolio and lucrative endorsement deals as well as singing.

Growing up, she performed in musical theater as a singer, and appeared in local productions of Carousel, The Wizard of Oz, The King and I, The Music Man, and Cinderella, among others.

In 2006, she won the Teen Choice Awards in the ‘Choice Music: Breakout Artist – Female’ category.

Vanessa became the subject of controversy in September 2007 when a series of her private photos leaked on the internet. She later apologised, saying that she was “embarrassed over the situation” and regretted having “taken [those] photos”.

In 2012, Vanessa was cast as Kailani Laguatan in the adventurous film Journey 2: The Mysterious Island with Dwayne Johnson.

In 2015, She played the title role in the Broadway musical Gigi and the role of Rizzo in Grease: Live in 2016.

In 2017, Hudgens played Emily Locke on NBC’s comedy series Powerless, which was based on DC Comics characters.

She was raised Catholic and now identifies as a non-denominational Christian. She attends the Los Angeles affiliate church of Hillsong Church.

In 2017, she won the Teen Choice Awards under the category “See Her” Award.