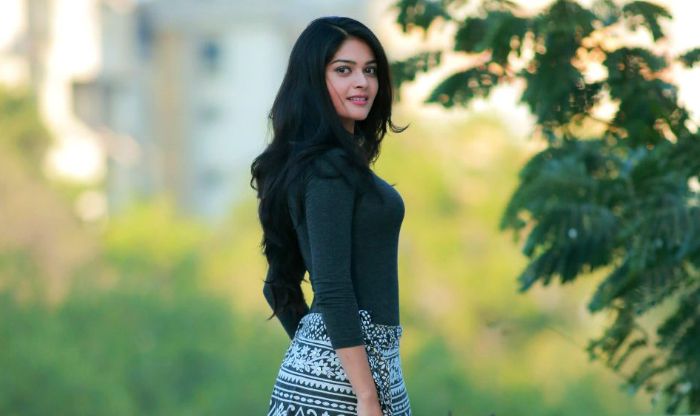 Who is Vaibhavi Shandilya?

Vaibhavi Shandilya is an Indian film actress, best known for her works in Marathi films. Despite her second film, “Lord of Shingnapur”, was a box-office failure, the leggy lass received overwhelmed response for her performance. Aside from acting, she is also an accomplished dancer and a painter. She is all set to take South India by storm as she has a string of releases in both Tamil and Telugu.

Vaibhavi Shandilya was born on the 27th of May 1994 in Mulund, Maharashtra, India. She is currently 25 years old.

Vaibhavi Shandilya is the daughter of Manoj Kumar Shandilya and Arpita Shandilya. She attended  Sau Laxmi Bai English Medium School in Mulund East, Mumbai. She then enrolled at MithiBai College of Arts in Mumbai, from where she graduated with a degree in Law.

Speaking about her personal life, Vaibhavi has always maintained secrecy about her boyfriend. She prefers to stay away from the radar, and thus there is not much information available of any relation she has had in the past or in the present.

Vaibhavi made her acting debut with the Marathi film Janiva in 2015. Her first big release was Ekk Albela, a Marathi film, in which she played the role of a Muslim girl named Shaheen, alongside an ensemble cast including Vidya Balan. Though the film opened to mixed reviews, her performance in the film received critical acclaim.

Her first leading role in Tamil was with the film Sakka Podu Podu Raja, in which she played opposite Santhanam. Directed by Sethuraman, The film stars Vivek in the pivotal role.

She will be next seen in Santhanam’s comedy film Server Sundaram, a Tamil comedy directed by Anand Balki.

Known for her role as Thendral in the coming age adult comedy film ‘Irattu Arayill Murattu Kuthu’, alongside Gautham Karthik and Chandrika Ravi.

She got inclined towards acting since she was a child and struggled a lot to get to where she has reached today.

Before venturing into acting, she briefly modeled for various designers and walked the runway at several fashion shows.

If she wasn’t an actor, she would have been a painter, as she is obsessed with painting and drawing.