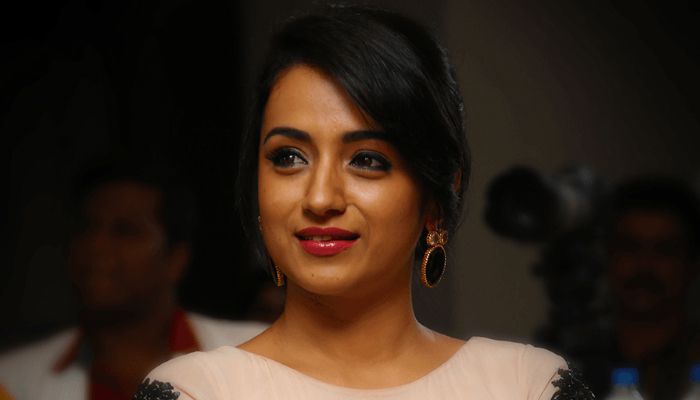 Who is Trisha Krishnan?

Trisha is a renowned actress down South India, who is known for her work in Tamil-language movies such as Mounam Pesiyadhe, Ghilli, 96, Vinnaithaandi Varuvaayaa, and Abhiyum Naanum. The budding actress has been conquering the South Indian film industry for almost two decades and has worked with all top actors and directors in the industry. Being known for her bubbly smile, she started her career as a model and then ventured into acting. She has won several beauty pageants including the ‘Beautiful Smile’ award in the Miss Indian 2001 contest. Over the years, the brown-eyed damsel won the hearts of millions of youth and has garnered immense fame and popularity in and off the industry.

Trisha was born into a Tamil Brahmin family of Krishnan and Uma. She is the only child to her parents. Her father died in 2012.

She attended Sacred Heart Matriculation School in Church Park, Chennai. She then joined Ethiraj College for Women in Chennai from where she graduated with a degree in Bachelor of Business Administration (BBA).

Talking about her love life, Trisha has been linked to many actors of the South Indian film industry down the line of her career. She dated actor Rana Daggubati before getting engaged to Varun Manian, a Chennai-based businessman. Their engagement was held on 23 January 2015. The couple called off their engagement and announced that they have ended their relationship in May 2015.

In 1999, Trisha starred in an uncredited role in Jodi alongside Simran and Prashanth. She made her debut as a lead actress in 2002 in Ameer’s Mounam Pesiyadhe opposite Suriya.

Technically speaking, Priyadarshan’s Lesa Lesa was her first film as lead actress, however the film was delayed and released in 2003.

Her Telugu debut came in 2003 with Jyothi Krishna’s Nee Manasu Naaku Telusu and and Bollywood debut in 2010 with Khatta Meetha. Till now, she has acted only in that Bollywood film. In 2014, she made her Kannada debut with Power.

She has endorsed a number of products to this date, including Fanta India, Scooty Pep+, Vivel Di Wills, Fairever among others.

Known for her love on animals, she served as a Goodwill Ambassador of PETA and Angels for Animals campaign organised by PETA. She has taken tremendous effort in creating awareness among people to adopt native dogs rather than pedigreed foreign breeds.

With more than 15 years of acting, Trisha has an estimated net worth of $10 million. She charges Rs 1 to 1.5 crore per film. She is the only actress in South Indian film industry who has not hiked her remuneration in recent years. The actress rake in millions from her lucrative endorsement deals, product launches, event inaugurations, and appearances.

She lives with her mother in a luxury home in Chennai. She has a large fleet of expensive cars  like BMW X5, Toyota Innova, Audi Q7 and BMW 5 Series.

If not an actress, she would have been a psychologist.

It’s no doubt that today Trisha is one of the most popular actress in showbiz, but she first starred as a supporting cast in Falguni Pathak’s music video, Meri Chunar Udd Udd Jaye, that had Ayesha Takia as the lead.

She is multilingual who is very fluent in Tamil, Telugu, French, English and Hindi. She has acted in South Indian language films like Tamil, Telugu, Kannada and also Hindi.

In 2010, Tamil Nadu government has honoured her with Kalaimamani Award for her contribution to Tamil cinema.

Trisha has her own share of scandals and controversies. She became the talk of the town when she was spotted dancing in the street under the influence of alcohol. She also came under fire when reports about her using drugs went viral on the internet.

In 2016, a controversial photo of herself with her ex-boyfriend Ranga Daggubati allegedly leaked by Singer Suchitra.