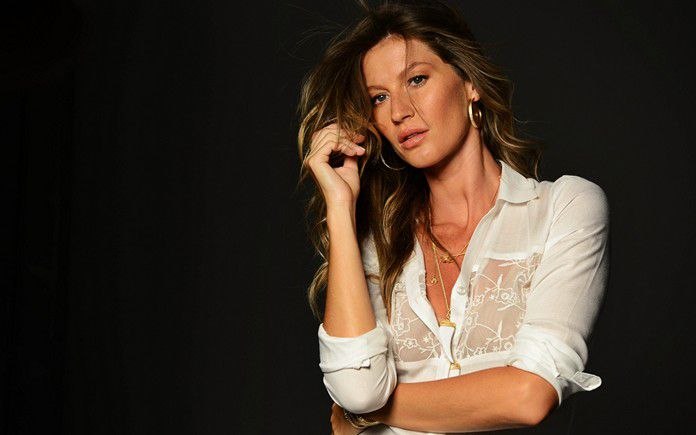 Good looks, exquisite physique, white skin and mind-boggling attitude are quite a few qualities that a model should posses in order to sustain in the modelling industry. Fashion is always a fun part of our lifestyle that certainly become the biggest matters in today’s world. Of course, ladies are highly interested in glamour world and are rewarded with lucrative amount of money fore their work and they set high example for the aspiring young models.

If one has enough exposure, contacts and big deals in the entertainment industry, one can easily achieve fame and popularity and of course lucrative wealth. Are you anxious to know this year’s top models? We have put together a list of the top 10 highest paid models in the world for the year 2017. Take a look!

Despite retired from the ramp walk last year, Gisele Bundchen has been named as the world’s highest paid model for the 15th consecutive year, thanks to her lucrative endorsement deals with renowned fashion and beauty brands and products. The Brazilian super model, 37, has earned an impressive amount of US$ 40 million from high profile deals and her own fashion line. Born 1980, Gisele Bundchen started her modelling career at just 14 and since then she has gained international fame and recognition and is regarded as the most bankable supermodel in fashion world.

Speaking about her luxury life, Bundchen has a net worth of US$400 million, regarded as the most influence personality in the entertainment industry. She was amongst Victoria’s Secret Angels between 2000 and 2007, making her the most demanded bombshell in business. Besides her modeling career, she is known for her humanitarian works. Being a goodwill ambassador for the United Nations Environment Programme, Bundchen also runs a Rainforest Alliance, involved with biodiversity conservation and sustainability and supports many charities including Save the Children, Red Cross and Doctors Without Borders.

Another Brazilian supermodel on our list of top 10 highest-paid models in the world is Adriana Lima. This Brazilian bombshell is regarded as the longest-running model in Victoria’s Secret since 1999. Started her modeling career at a early age, Adriana Lima has worked hard to establish herself a place in fashion world, who is today the second highest paid model in the modeling industry. She won Ford’s “Supermodel of Brazil” when she was just 15. She is the spokesmodel for Maybelline cosmetics since 2003 and also the brand ambassador for the Barcelona-based clothing brand Desigual, for the Beachwear collection of Italian brand Calzedonia, and for the ready-to-wear collection of Italian brand Sportmax. With a net worth of US$85 million, Lima is married to a Serbian basketball player, Marco Jaric and they together have two daughters.

American model, socialite, and television personality Kendall Nicole Jenner was already popular amongst the entertainment industry before she ventured into the fashion world. Kendall Jenner gained international fame with the reality television show, ‘Keeping Up With The Kardashians’. With such huge popularity and having insane followers on social media platforms, her career in modeling accelerated where she had walked the runways for high-profile fashion designers and Victoria Secret. Kendall has graced the covers of world’s top rated fashion magazines such as Vogue, allure, Harper’s Bazaar and Garage. She is amongst the 15 most followed celebrity on Instagram and has a net worth of US$30 million.

American fashion model and businesswoman, Karlie Kloss with an earnings of US$10 million, becomes the fourth highest-paid model in the fashion industry. Being a beautiful and talented supermodel, Kloss, 25, has made a fortune of US$30 million by walking the ramp and lucrative endorsement deals. She has been dating businessman and investor Joshua Kushner since 2012.

Gigi Hadid is a young and talented model and television personality from the United States of America. Her original name is Jelena Noura Hadid. At the age of 22, Gigi Hadid is one of the highest-paid models in the fashion industry and enjoy lucrative deals from high profile fashion brands and products. With a net worth of US$29 million, Hadid has made around US$9 million as revenue this year alone. She was named International Model of the Year by the British Fashion Council last year.

Rosie Huntington-Whiteley is a most popular and wealthiest English model best known for being associated with the Lingerie brand Victoria’s Secret and the face of Bluberry’s perfume line. With an earnings of US$9 million, Huntington-Whiteley retains a place in the top 10 highest paid models list. She is also known for her works in films like Transformers (2011) and Mad Max (2015). Throughout her stint in the entertainment industry, Huntington-Whiteley has endorsed several renowned brands and products, making her net worth skyrocketing to US$30 Million.

With an earnings of US$8.5 million British fashion model and actress Cara Delevingne is the sixth highest paid model in the fashion industry. Although she shifted her focus to movies, she is still the most popular fashion icon in the business. Delevingne has been the face of several reputed fashion brands and has walked the ramp for top notch fashion designers like Jason Wu and Oscar de la Renta. She has also graced the covers of many leading fashion magazines like Vogue UK, Russh, Jalouse, and Love amongst others. Cara Delevingne’s net worth is estimated to be US$ 28 million.

Basically from South Africa, this little farm girl Candice Swanepoel had never intended to enter the glamour world, as it was conquered by American and European models. A modeling scout discovered her when she was just 15, and made her to walk the ramp in fashion shows. Swanepoel quickly achieved fame and popularity and has become one of the highest paid models in the fashion industry today. She has featured on the covers of several leading fashion magazines and walked the runway for high profile designers and had been with the lingerie brand Victoria Secret on various occasions. Her sleek body, blonde hair, charming green eye and glamour appeal has made her the marketable models in the business.  Candice Swanepoel has an estimated net worth of US$25 Million.

Liu Wen is a Chinese supermodel and the first model of East Asian decent to walk the ramp for lingerie chain retailer Victoria’s Secret, and the first Asian model to ever make Forbes’ highest-paid model list. Wen also became the first Chinese model to feature on the covers of several fashion magazines like American Vogue. She is equally popular on social media with an insane number of followers following her. Liu Wen is one of the high profile models in the glamour world and the wealthiest Asian model with a net worth of US$40 million. Read her complete Biography.

Australian supermodel Miranda Kerr is a familiar face in the fashion world, best known for being one of the Victoria’s Secret Angels. Kerr entered into glamour world when she was just 13 and since then, she has been consistently retained her a place in Forbes’ highest paid models list. Her hard world and dedication for modeling made her to reach greater heights, making her to be the most sought after models by big brands. The 34-year old glamour beauty has launched her own organic skincare products called, KORA Organics and has an net worth of US$45 million. Kerr has graced the covers of number of fashion magazines and has won several titles and awards as a model. Kerr was married to the billionaire Snapchat co-founder and CEO Evan Spiegal on 27th of May 2017.

Top 20 Richest Singers in the World