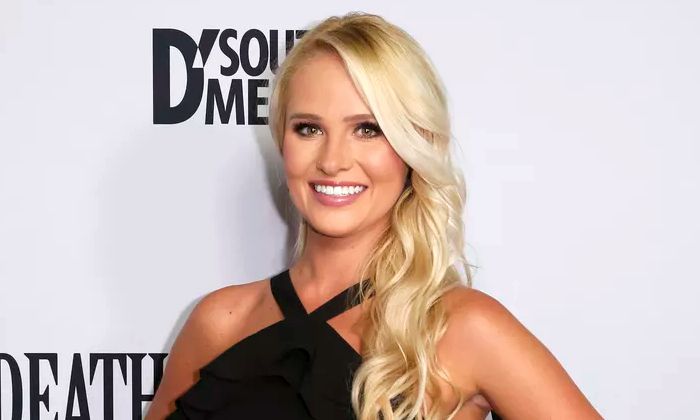 Who is Tomi Lahren?

Tomi Lahren is an American conservative political commentator and television host of part-German and Norwegian descent. She first came into the public attention for her “On Point with Tomi Lahren” show. She became even more popular with The Blaze’s Final Thoughts, a three-minute video segment that earned her a lot of criticisms as well as supporters and haters for her staunch criticism of liberal politics. Tomi has landed in several controversies over the course of her career as a political contributor. She joined Fox News as a contributor in August 2017 and currently hots FOX Nation’s Final Thoughts and No Interruption. In addition, she also serves as a political contributor for a wide range of opinion shows of the Fox News Channel.

Tomi Lahren was born on the 11th of August 1992, in Rapid City, South Dakota, United States of America. She is currently 28 years old.

Tomi Lahren is the only child of Kevin Lahren, a building manager for Target and Trudy Dietrich, a bank loan officer. Wayne Glenn Lahren and Elaine M. Bender are her paternal grandparents while her maternal grandparents are Wayne A. Dietrich and Janet aka Jan Rae Eby.

For education, she attended and graduated from Central High School, located in her hometown of Rapid City, South Dakota, in 2010. Later, she enrolled at the University of Nevada, Las Vegas, and earned her bachelor’s degree in broadcast journalism and political science in 2014.

During her time at the university, she severed as a host and associate producer of the political roundtable show The Scramble. At the same time, she also interned for Republican congresswoman Kristi Noem at the Rapid City office.

Regarding Tomi Lahren’s dating life, she is currently single. She dated Brandon Fricke, an NFL contract advisor, from 2017 to 2020. Brandon was a former college football player for Central Michigan University. She got engaged to her boyfriend of two years on 29th June 2019 and documented the beautiful moments on her Instagram, which she captioned it, “I love you more and those are my Final Thoughts and you are my forever.” The post has since been deleted. Tomi called off her engagement to Fiance Brandon in early 2020.

She was previously linked with Chase Brody McNary and Jerad Christian.

Tomi’s career began while she was still in her early twenties landing a job at the One America News Network (OANN). That was obviously a huge door opened for her as she came up with her own show called On Point with Tomi Lahren, which premiered in August 2014.

After her one year stint at OANN, she left her job after she got caught up in a controversy for her remarks on the 2015 Chattanooga shootings that garnered her widespread popularity and recognition.

Shortly after, Tomi moved to Texas to work with “The Blaze,” where she was given a show. The show debuted in November 2015, and it quickly became famous, thanks to the three-minute segment, “Final Thoughts.”

In March 2017, she appeared on The View and commented in support of abortion which ended up in a legal battle between her and her former boss Glenn Beck from The Blaze. Tomi and Glenn Beck eventually reached into an agreement and settled the lawsuit, in which she would keep her Facebook page, but would have to remove videos from “The Blaze”.

She started working in communications at Great America Alliance, an offshoot of Great America PAC, in May 2017. In August 2017, she returned to television after she was hired by Fox News as a political contributor.

With no doubt, the gorgeous blonde has already achieved huge success in the media business in her own right. All of her incredible works throughout her career have helped her to build a net worth of $3 million.

Being a political commentator, it is needed for her to stay active on social media. Her popularity can be attributed to her social media following. She has accrued over 1.7 million Instagram followers in addition to 1.6 million Twitter followers and 4.6 million followers on her official Facebook page.

Her name is pronounced “Tommy LAIR-en”.

She was born into a military family and raised in Rapid City, South Dakota.

She’s also credited as an author, and published her first book titled “Never Play Dead: How the Truth Makes you Unstoppable” in July 2019.

Tomi describes herself as a commentator, not a journalist,

She does not consider herself a feminist but believes in women’s empowerment.

She was named as the “Rising Media Star” by The New York Times.

BBC named her as “Young Republican Who Is Bigger Than Trump on Facebook”.

She got caught up in a controversy after criticizing the performance of Beyoncé at Super Bowl 50.

She is considered as one of the youngest person in television history top have her own political talk show at the age of 22 years old.

In November 2016, she appeared on The Daily Show with Trevor Noah that attracted a lot of criticism for her remarks on liberal politics.