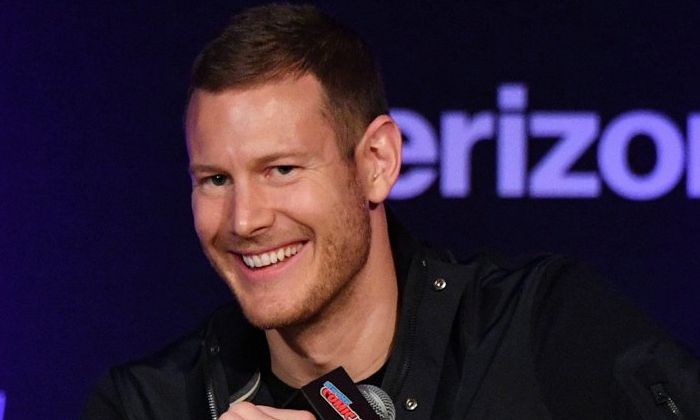 Who is Tom Hopper?

There’s not a lot to share regarding his family and early life as he hasn’t revealed too many details about his personal life.

Tom Hopper is married to fellow British actress Laura Higgins since June 2014. They worked together in the television series Black Sails. They have two children together – a son, Freddie Douglas Hopper, born on June 1, 2015 and a daughter, Truly Rose Hopper, born on July 6, 2018.

Tom Hopper secured his first acting role in an episode of the medical drama series, Casualty, in 2007, in which he was cast as Hugh “Chewy” Mullen. That same year, he appeared in the British independent film, Saxon, plying the role of Fishmonger.

Tom Hopper gained his first major role in the BBC fantasy-adventure series Merlin as Sir Percival in 2010. The series is loosely based on the Arthurian legends of the young wizard Merlin and his extremely close relationship with King Arthur and stars Colin Morgan in the titular role alongside Angel Coulby, Bradley James and Katie McGrath.

Tom continued on successfully, securing major roles in television series, including Black Sails in 2014, which also starred fellow actors Toby Stephens, Hannah New, and Luke Arnold, then in Game of Thrones in 2017, where he played Dickon Tarly, while he also appeared in movies such as Northmen: A Viking Saga, I Feel Pretty, and Terminator: Dark Fate.

Most recently, he began playing Luther Hargreeves in the TV series entitled The Umbrella Academy in 2019. The series is based on Dark Horse Comics’s comic book series of the same name, which premiered on Netflix on February 15, 2019. It stars Ellen Page, Emmy Raver-Lampman, Robert Sheehan, and Cameron Britton, among many others.

He was voted Expert Choice by the The Stage at the Rose Bruford Acting Showcase June 2006.

He graced the covers of Men’s Health Magazine in October 2015.

As of 2020, Tom Hopper has accumulated an enormous net worth of $5 million, earned through a successful acting career. Her has featured in many critically acclaimed movies and hit television series throughout his acting career. With several acting projects under his belt, the actor’s net worth is likely to increase in the years to come.