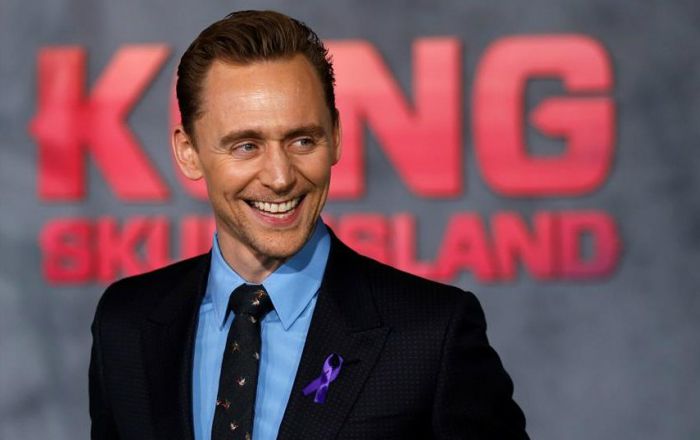 Who is Tom Hiddleston?

Tom Hiddleston is an English actor best known for his role as Loki in The Avengers films and Thor films. For his role in the MCU films, he has won several awards including an Empire Award for Best Male Newcomer and MTV Movie Awards for Best Fight and Best Villain. He won his first Golden Globe Award for Best Actor for his role as Jonathan Pine on British soap, The night Manager. His other notable appearances include War Horse, The Deep Blue Sea, Crimson Park and I Saw The Light.

Tom Hiddleston is the second of three children of Diana Patricia (née Servaes) Hiddleston, an arts administrator and former stage manager, and Dr. James Norman Hiddleston, a physical chemist. His father is from Greenock, Scotland and his mother is from Suffolk.

He has two sisters, an older Sarah, who is a journalist in India and a younger Emma, an actress. Tom attended Dragon School preparatory school in Oxford and then Eton College in Eton in Windsor.

He was later accepted into the University of Cambridge‘s Pembroke College, where he earned a double first in Classics. He studied acting at the Royal Academy of Dramatic Art, graduating from 2005.

He is known for his high-profile relationships with actresses Susannah Fielding, Kat Dennings, and Elizabeth Olsen and singer Taylor Swift.

Tom was first seen playing Lord in a television film, The Life and Adventures of Nicholas Nickleby in 2001.

His other significant work was as Jonathan Pine in the British soap titled The Night Manager in 2016. He earned his first Golden Globe Award for Best Actor – Miniseries or Television Film for his role in the series.

His lead role as Captain James Conrad in the 2017 film Kong: Skull Island was highly appreciated. His other significant roles include Captain Nicholls in War Horse (2011), Freddie Page in The Deep Blue Sea (2012), and Dr. Robert Laing in High-Rise (2015).

He has appeared in a Jaguar Super Bowl commercial.

Tom Hiddleston has a net worth of $20 million, as of 2020. He lives in the Belsize Park area of north-west London

He was born in Westminster and raised in Wimbledon in London.

His parents divorced when she was 12 years old. He was educated at boarding schools before attending the University of Cambridge.

He has selachophobia, the fear of sharks.

Tom is known for his active participation in charity works and is involved in several UNICEF projects. He visited Guinea in 2013 in order to help the needy as well as raise awareness about problems like hunger and malnutrition.

Tom is also a UK ambassador of the humanitarian and developmental assistance fund group UNICEF.

He won the light-hearted UK award Rear of the Year in 2016.

He was featured on Debrett’s 2017 list of the most influential people in the UK.