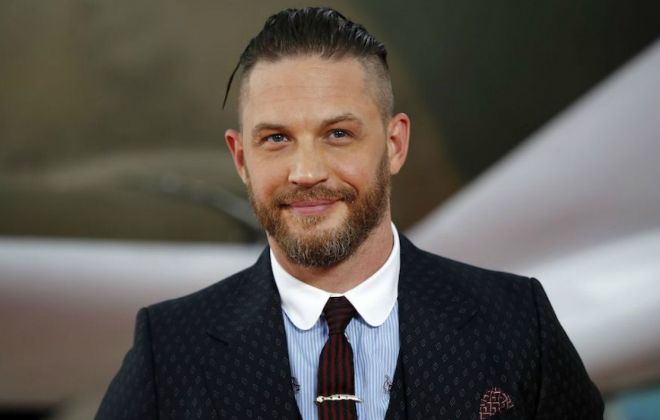 Who is Tom Hardy?

Tom Hardy is an acclaimed English actor and producer who achieved international fame with his appearances in movies such as Inception, The Dark Knight Rises, The Revenant, and Mad Max: Fury Road. He is also known for his starring roles in television including Band of Brothers, The Virgin Queen, and Peaky Blinders. He won the London Evening Standard Theatre Award for Outstanding Newcomer for his performances in In Arabia We’d All Be Kings and Luca in Blood in 2003.

Tom Hardy is the only child of artist and painter Anne (née Barrett) and novelist and comedy writer Edward “Chips” Hardy. His mother is Irish while his father is of English descent.

For education, Hardy attended Reed’s School in Surrey and Tower House School in London, England. He later studied dramatics from Richmond Drama School, and finally from the Drama Centre London.

Tom Hardy was married to Sarah Ward from 1999 to 2004. He then married actress Charlotte Riley in July 2014 after dating for five years. They welcomed their son in October 2015.

Hardy has a son named Louis Thomas Hardy (b. April 8, 2008) from his ex-girlfriend Rachael Speed.

Tom Hardy made his acting debut as Spc in Ridley Scott’s war thriller Black Hawk Down. He was credited as Thomas Hardy in the film.

Hardy got his first acting job in Steven Spielberg’s war series Band of Brothers in 2001, in which he played John Janovec in episodes titled “Why We Fight” and “Points”.

Some of his remarkable appearances in films include his roles in Black Hawk Down, Star Trek: Nemesis, Lawless, The Revenant, Mad Max: Fury Road, Legend, and Inception.

Coming to television, his notable works include Band of Brothers, The Virgin Queen, Wuthering Heights, and Peaky Blinders.

Tom has a net worth of $30 million dollars.

At age 21, Tom Hardy won The Big Breakfast’s Find Me a Supermodel competition in 1998.

His start in show business began when he won a role in the award-winning HBO-BBC miniseries Band of Brothers.

He won the 2003 London Evening Standard Theatre Award for Outstanding Newcomer for his performances in “Blood” and “In Arabia, We’d All Be Kings” performed at the Royal Court Theatre Downstairs and Hampstead Theatre.

Hardy was addicted to alcoholism and crack cocaine in his early to mid-twenties, after which he battled them with rehab and has been sober since 2003.

Hardy was named one of GQ magazine’s 50 best dressed British men in 2015.

He is one of the highest-profile actors in contemporary British popular culture and was featured on Debrett’s 2016 list of the most influential people in the United Kingdom.

Hardy was appointed Commander of the Order of the British Empire (CBE) in the 2018 Birthday Honours for services to drama.

He loves Jiu-Jitsu and Capoeira.

He and Leonardo DiCaprio are friends since they starred together in Inception (2010) and it was him who convinced Hardy to read the screenplay of The Revenant (2015) and take the role of John Fitzgerald.

He was considered for the role of John Connor in Terminator Genisys (2015), but it was later played by his co-star Jason Clarke.

He has got loads of tattoos on his body. He once revealed that he inks one after finishing a project or when he goes through something. His first tattoo was on the right bicep about fighting leprechaun. He got it done at the age of fifteen and it was all done to respect her mother’s Irish heritage.

In 2018, he was cast as Eddie Brock / Venom in the superhero film, Venom, based on Marvel’s character of the same name.