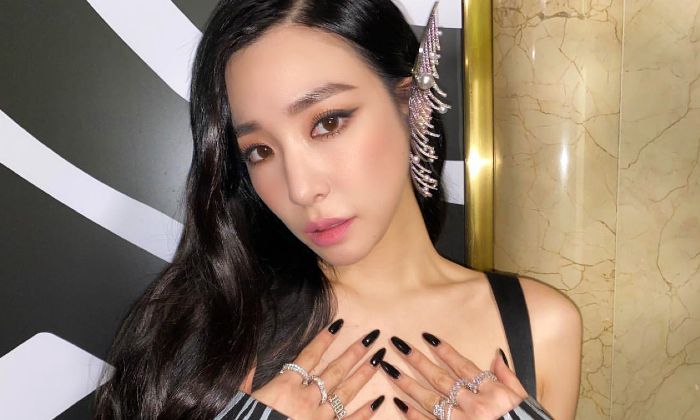 Who is Tiffany Young?

Tiffany Young is an American-born Korean singer who garnered much attention for herself in the pop world as a member of the K-pop girl group Girls’ Generation. The girl group has released several hit albums, including number one albums, Oh!, The Boys, I Got a Boy and Lion Heart. She went solo in 2015 and released her first album titled “I Just Wanna Dance” in 2016, which peaked at number three on the Gaon Album Chart. Tiffany released her second EP, Lips on Lips, in February 2019. Her singing career brought her so much attention, she has amassed over 8 million Instagram followers apart from millions of followers on Twitter, Facebook, and YouTube.

Tiffany Young was born on the 1st of August 1989, in San Francisco, California, United States of America. She is currently 31 years old.

Not much is known about Tiffany’s family, education and childhood. Her mother passed away when she was 12 years old and she is no longer connected with her estranged father. She has two siblings, an older sister named Michelle and an older brother named Leo.

Tiffany and Jessica, a former member of K-pop girl group Girls’ Generation, are born at the same hospital, in California. Having grown up in Diamond Bar, a city near Los Angeles, she was educated at South Pointe Middle School and Diamond Bar High School before transferring to Korea Kent Foreign School.

Regarding her dating life, Tiffany Young is currently single and doesn’t share much about her private life with the public. She dated South Korean boy band 2PM‘s member Nichkhun from 2013 to 2015.

Tiffany’s first solo album titled “I Just Wanna Dance” on May 11, 2016 through SM Entertainment. The album peaked at number three on the Gaon Album Chart as well as on the US World charts. The album features six tracks, including “I Just Wanna Dance,” “Fool,” “What Do I Do,” and “Once in a Lifetime.”

In 2008 she appeared on the South Korean sitcom Unstoppable Marriage as Bulgwang-dong’s Seven Princesses Gang.

Tiffany made her feature film debut as herself in the biographical film of SM Town, I Am, in 2012.

Being the member of the South Korea-based girl group Girls’ Generation.

Known for her albums I Just Wanna Dance and Lips on Lips.

At such a young age, Tiffany has proven that success is possible for young women around the world. By chasing her dreams she was able to achieve more than many of her peers have. Through singing, world tours, album sales, and film and TV appearances, Tiffany is estimated to be worth around $1 million.

The California-native has a pretty impressive resume when it comes to social media following. Being a talented and competitive singer and actress, she’s able to reach a much larger audience. She can be found on Instagram @tiffanyyoungofficial, where she’s got over 8 million followers.

Tiffany also has her own very popular widely watched YouTube channel named after her, which has nearly 650 thousand people subscribers to it. in addition, she also has amassed significant fanbase on other social media sites such as Twitter and Facebook with over 350 thousand followers and 340 thousand followers, respectively.

She was discovered by an agent of SM Entertainment while she was performing in a singing contest.

Tiffany was hired by SM Entertainment as a trainee and moved to South Korea, where she put under rigorous training for four years before officialy inducting her into the group.

She chose her stage name because her mom had wanted to name her Tiffany.

She and her bandmates Taeyeon and Seohyun were members of the Girls’ Generation subgroup TTS from 2012 to 2016.

Tiffany can play the flute.

From December 2011 to January 2012, Tiffany was cast in the lead role in the Korean adaptation of musical Fame.

She is a High School Musical fan.

She has five tattoos and was voted as the girl group member that has the best honey thigh.

In October 2017, she left SM Entertainment relocated to Los Angeles to study acting and pursue a solo singing career.

In September 2018, Tiffany was made the face of H&M’s Autumn campaign.

She won the BreakTudo Awards in K-pop Female Artist category in 2018 and iHeartRadio Music Awards for Best Solo Breakout in 2019.