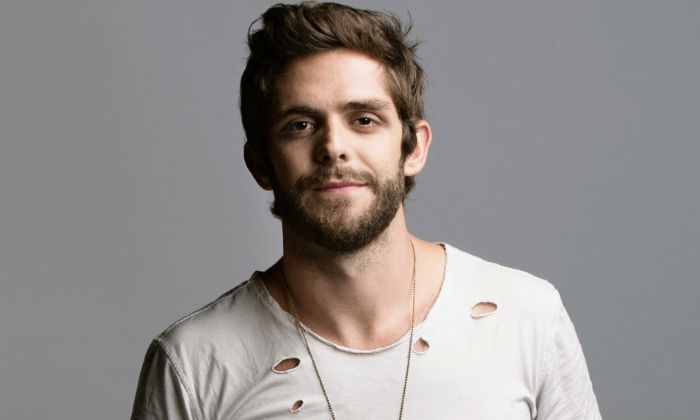 Who is Thomas Rhett?

Thomas Rhett is an American country singer-songwriter who is perhaps know his Country Airplay number one tracks like “It Goes Like This”, “Get Me Some of That”, and “Make Me Wanna”, to name a few. He has so far released four studio albums and wrote songs for such artists as Jason Aldean, Lee Brice, Florida Georgia Line, LoCash and Michael Ray. In 2019, he was awarded the “Male Artist of the Year” at the Academy of Country Music Awards.

Thomas Rhett was born on the 30th March of 1990, in Valdosta, Georgia, United States of America. He’s currently 30 years old.

Music isn’t a new thing for Thomas Rhett as it flows in his blood. His father, Rhett Akins, is an award-winning country singer and his mother name is Paige Braswell. He wasn’t serious about music until his senior year in high school. He has two siblings, Tyler Lankford, and Kasey Lee Akins.

After graduating from high school, Thomas enrolled at the Lipscomb University in Nashville, Tennessee, to study communications, but dropped out to pursue his music career. He didn’t join college because he wanted to, but all his friends were going to college and he didn’t know what else to do.

Thomas Rhett is married to his childhood friend Lauren ‘Gregory’ Akins. They both knew each other since second grade and married on October 12, 2012. They adopted a baby girl from Uganda, Willa Gray Akins (b. November 1, 2015), on May 12, 2017. The couple welcomed their second daughter, Ada James Akins, on August 12, 2017, and their third daughter, Lennon Love Akins, born on February 10, 2020.

Thomas Rhett started his music career as a songwriter, co-writing songs for artists like Jason Aldean, Lee Brice, Florida Georgia Line, LoCash and Michael Ray. He released his first single entitled “Something to Do with My Hands” in early 2012 and followed it up with singles “Beer with Jesus” and “It Goes Like This.”

He released his debut studio album, “It Goes Like This” on October 29, 2013. The album featured 12 original tracks, of which, most of them charted with top 5 on the Hot Country Songs and Country Airplay charts.

In 2012, Thomas guest appeared on the talk show Big Morning Buzz Live. Four years later, in 2016, he starred as himself alongside Nick Jonas on the CMT music show, CMT Crossroads.

According to reliable sources, Thomas Rhett has a net worth of $5 million, as of 2020.

His parents divorced when he was 9 year old. He grew up listening songs of singers including Tim McGraw and Brooks & Dunn.

Thomas learned to drums at a young age and was a member of a punk rock band named, The High Heeled Flip Flops during his high school years.

His father, Akins is a member of the songwriting team The Peach Pickers with Dallas Davidson and Ben Hayslip.

Thomas began writing songs with his father and later secured publishing deals with other singers to write for them.

Rhett was awarded the male vocalist of the year at the Academy of Country Music Awards 2017. He was nominated again in 2018 and 2019 and won the latter.

In an interview, he told that artists like Adele, Justin Timberlake, and Frank Sinatra have influenced him a lot outside the country music genre.