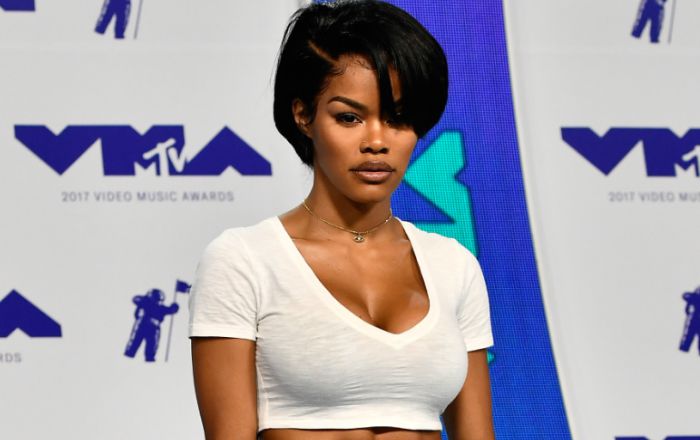 American singer and actress who first gained visibility for her appearance on MTV’s reality show My Super Sweet 16. As a songwriter, Teyana Taylor has worked with popular artists such as Usher, Chris Brown, and Omarion. After releasing her debut mixtape, From a Planet Called Harlem, she signed a record deal with Kanye West’s label GOOD Music and has featured in a music video for his single “FADE”, featuring her performing a dance routine.

She is of African-American and Afro-Trinidadian ancestry.

Teyana Taylor married basketball player, Iman Shumpert in 2016. Together, they have a daughter, Iman Tayla Shumpert, Jr. She was born on December 16, 2015.

Taylor released her first mixtape, From a Planet Called Harlem on August 16, 2009. Her first studio album titled VII was released on November 4, 2014 through GOOD Music and Def Jam Records. the album peaked at #19 on US 200 Billboard and topped the charts of US R&B, and US R&B/Hh.

Taylor has her first starring role as Rena in the 2010 musical drama film Stomp the Yard 2: Homecoming.

In 2011, Taylor made a guest appearance on the comedy talk show The Mo’Nique Show as herself.

She is best known for her singles and having worked with musicians Wiz Khalifa, Kanye West, Cam’ron and many others.

She garnered the attention of worldwide music fans in 2016 when she appeared in Kanye West’s FADE music video which featured her dancing in the gymnasium.

she appeared in Adidas television commercial in 2013.

Taylor has an estimated net worth of $3 million. She lives in Los Angeles and owns a Bentley.

She started singing at the age of 9. She used to participate in a number of talent competitions, including the  Apollo Theater National All-Stars talent search, while she was young.

In 2012, Taylor singed a contract with The Island Def Jam Music Group, as well as with GOOD Music label. Previously, the actress was signed by Interscope Records and Star Trak Entertainment.

In 2015, she was a judge on the eighth season of the American competitive dance reality television series, America’s Best Dance Crew.

In March 2017, Teyana Taylor launched her “Fade 2 Fit” Workout Program, a ninety-day workout which centers around dance and fitness routines.