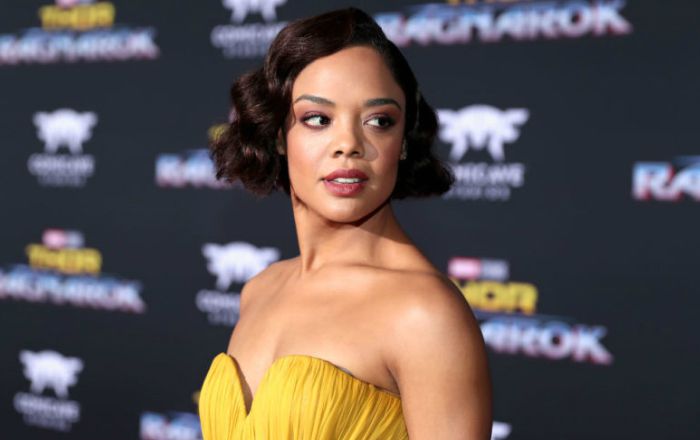 Who is Tessa Thompson?

Tessa Thompson is an American actress who came into the limelight after playing Kari Peterson in Tina Mabry’s 2009 indie film Mississippi Damned. She is best known for her roles as Jackie Cook in the mystery drama Veronica Mars and Charlotte Hale in the HBO science-fiction thriller Westworld. In films, she is known for her starring roles as Valkyrie in Thor: Ragnarok, Josie Radek in Annihilation, and Detroit in Sorry to Bother You.

Tessa Thompson is the daughter of singer-songwriter Marc Anthony Thompson. She has one sister. Her father is of Afro-Panamanian descent, whereas her mother has Caucasian and Mexican roots.

Tessa attended Santa Monica High School and then enrolled at Santa Monica College, where she earned a degree in cultural anthropology.

Tessa Thompson has been in a relationship with Janelle Monae since 2018.

Thompson had her first TV show appearance in a 2005 episode of the CBS series Cold Case in the role of a bootlegging lesbian from the 1930s.

In 2002, Thompson made her professional stage debut in Los Angeles Women’s Shakespeare Company’s production of The Tempest.

She has done endorsement work for US Cellular.

Tessa Thompson has a net worth of $4 million dollars.

Tessa Thompson has appeared in a number of theatre productions including Juliet in ‘Romeo and Juliet: Antebellum New Orleans’ at Boston Court in Pasadena, California, which earned her an NAACP Theatre Award nomination.

She earned her first television role in 2005 in CBS’s ‘Cold Case’ and then went on to star in films.

She bagged her first award as the Best Actor for her role in “Mississippi Damned” at the American Black Film Festival in 2009.

In 2017, she starred as Valkyrie in the Marvel Cinematic Universe superhero film Thor: Ragnarok, for which she was nominated for several awards including BAFTA Awards for Rising Star and Teen Choice Awards under the category Choice Movie Actress: Sci-Fi.

She has a tattoo on her right wrist which says “Yes.” It was to celebrate and help her remember the end of an entire year where she learned how to say “no” more often.

In June 2018, Thompson came out as bisexual during an interview with Porter Magazine declaring: “In my family, you can be anything you want to be. I’m attracted to men and also to women. If I bring a woman home, or a man, we don’t even have to have the discussion.”