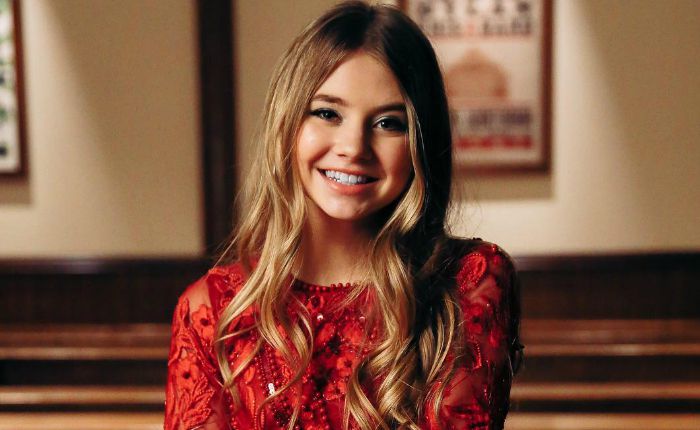 Who is Tegan Marie?

Tegan Marie is an American country singer and songwriter who is immensely popular on YouTube, to which she uploads cover songs of popular artists. She shot to fame in her early career when she uploaded her singing videos to the girls’ media site SweetyHigh.com, and not long after, her popularity skyrocket on YouTube as well. In 2017, she became the youngest person to secure a record deal with the Warner Music Nashville.

She is currently 15 years old.

She is still a high school student.

There is not much information available about her parents at the moment. She has a younger brother.

Tegan Marie prefers to keep her personal life away from the media spotlight. Thus there is not much information available of any relationship she has had in the past or in the present.

Tegan Marie’s net worth is unknown.

Tegan learned to play guitar at age 6, and started writing love songs at age 8, and was playing national stages by 11.

Blessed with sweet, clean vocals and sensitive interpretations, she gained a lot of attention after her father uploaded her videos on SweetyHigh.com. Her videos have garnered millions of views.

In December 2015, she released an original Christmas song with accompanying music video called “A Christmas Tree”.

She released her debut single “Lucky Me”in 2016 at age 12 and has performed at prestigious venues like the Ryman Auditorium and the Opry City Stage in New York’s Times Square.

Tegan Marie has appeared in several TV shows including Good Morning America on ABC, Smokey Robinson: The Gershwin Prize on PBS, and at the Radio Disney Music Awards in 2017.

In 2017, she signed a record deal with Warner Music Nashville. At age 13, she became the second youngest country artist after Tanya Tucker to sign a deal with a major label.

In 2018, she dropped a lead single “Keep it Lit” from her upcoming album, which she wrote with Rune Westberg, Nelly Reeves, and Jason Reeves.