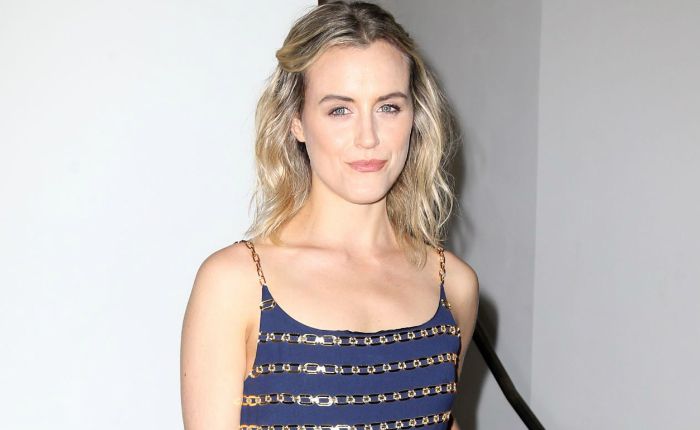 Who is Taylor Schilling?

Taylor Schilling is an American actress who came into the attention of the international audiences with her role as Piper Chapman on the Netflix original comedy-drama series Orange Is the New Black. She earned many award nominations in different categories for her work in the series. In films, she played significant roles in Atlas Shrugged: Part I, The Lucky One, Take Me, and The Titan. In 2019, she was cast as Sarah in the horror film, The Prodigy.

Taylor Schilling was born on the 27th of July 1984, in Boston, Massachusetts, United States of America. She is currently 35 years old.

She graduated from Wayland High School in 2002. She then attended Fordham University campus at Lincoln Center in New York City where she earned her Bachelor of Arts degree in 2006. Later, she enrolled herself in a graduate program to study acting at New York University’s Tisch School of the Arts but dropped out after her second year to try her luck in acting.

Talking about Taylor’s relationship and sexuality, she prefers to keep her personal life private. However, she has confirmed that she’s a very expansive person and has been involved in very serious relationships with lots of people. Several reports have claimed that she is either homosexual or bisexual because she was in an intimate relationship with actress and musician, Carrie Brownstein in 2015.

Things get complicated as Taylor has stated in an interview that “there’s no part of me that can be put under a label. I really don’t fit into a box — that’s too reductive … I’ve had a lot of love, and I don’t have any qualms about where it comes from.” She is currently single which she revealed recently and said that she would unfold to fans when she finds the right person.

Taylor Schilling got her first acting job in 2007 when she was cast as Jackie in the drama film Black Matter.

She received praise and critical acclaim for portraying the character Piper Chapman in the Netflix’s comedy-drama series Orange Is the New Black since 2013. She earned several awards for her work in the series, including Satellite Awards in two different categories Best Actress – Television Series Musical or Comedy and Best Cast – Television Series in 2013. She won the Screen Actors Guild Awards in the category Outstanding Performance by an Ensemble in a Comedy Series in 2015, 2016 and 2017.

Other notable works include her roles as Beth Green in the romantic drama The Lucky One (2012), Anna St. Blair in the comedy Take Me (2017) and Dr. Abigail Janssenin the science fiction thriller The Titan (2018).

The Prodigy actress has an estimated net worth of $1.5 million. She is paid around $35 thousand as remuneration per episode of Orange Is the New Black. She lives in New York.

She first experienced acting on stage in middle-school when she appeared on the musical “Fiddler on the Roof”.

Taylor is a huge fan of the Boston Red Sox baseball team.

As a child, she is a diehard fan of the NBC medical drama ER.

She is close friends with her Orange Is the New Black co-stars, Laura Prepon Natasha Lyonne.

Schilling took-up a nanny job in Manhattan in order to support herself during her early years of acting.

In 2019, she starred in the horror film The Prodigy.