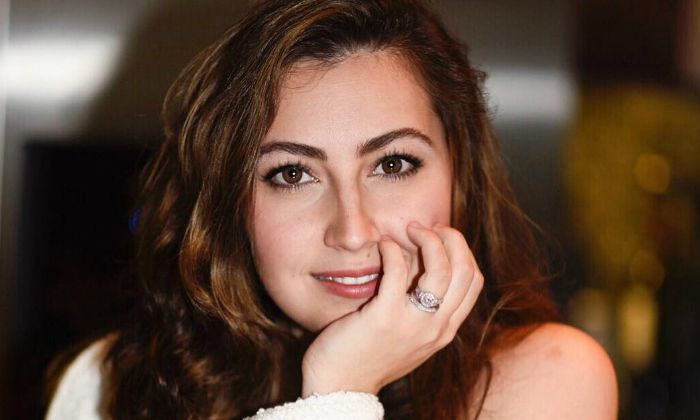 Who is Taylor Dooley?

Taylor Dooley is an American actress who is probably known for her role as Lavagirl in Robert Rodriquez’s family adventure film ‘The Adventures of Sharkboy and Lavagirl’. Her stellar performance in the film earned her a name for herself in the industry, thanks to her sheer dedication and persistence. She learned acting and dance when she was 9 years old and honed her acting skills as she toured along with the Phoenix Theatre’s acting troupe. Her acting credits include Star Trek: Hidden Frontier, Apology, Monster Night, Whitepaddy, House, and Hell Mountain, among others. Despite plenty of acting offers came her way, she’s very choosy and had only acted in a few movies which earned the title, ‘Beauty with Brains’.

Taylor Dooley was born on the 26th of February 1993, in Grosse Pointe, Michigan, United States of America. She is currently 26 years old.

Taylor Dooley is the oldest mong two children to parents John Dooley and Debbie Dooley. She has one younger brother named Drew Dooley, an artist, who was born in the year 2004. She has Irish, German, English, Sioux Native American, Belgian, and Polish ancestry.

After high school, Taylor studied psychology since she thought that would help her better understand the essence of characters while acting. Also, she studied acting at the Lee Strasberg Theater and Film Institute in New York City, New York.

Taylor Dooley tied the knot to her longtime boyfriend Justin Cassotta on May 14, 2016. They got married after a relationship of six years and welcomed their first child, a son named Jack Alexander Cassotta, on November 23, 2016. Two and a half years later, on March 22, 2019, Taylor gave birth blessed to her second child, a daughter named Adaline Joan Cassotta.

Prior to her relationship with husband Justin Cassotta, Taylor Dooley had dated a few actors including Daryl Sabara, Cayden Boyd, and Kyle Massey.

Taylor Dooley made her acting debut at the age of 11 when she landed the lead role in Robert Rodriquez’s comedy action-adventure film, ‘The Adventures of Sharkboy and Lavagirl in 3-D’, in 2005. She played the role of Lavagirl alongside the likes of Taylor Lautner, Cayden Boyd, David Arquette, Kristin Davis, and George Lopez.

In May 2005, Dooley starred as herself on an episode of the Nickelodeon family series, ‘U-Pick Live’. She appeared in the episode titled “MusicWeek: Day 1” where she was seen starring alongside actors Brent Popolizio, Candace Bailey, Pick Boy, Antonio Neves, Logan Sekulow, and many others.

Taylor’s first major breakthrough came in 2004 when she auditioned for the lead role in the film ‘The Adventures of Sharkboy and Lavagirl’. She eventually secured the role of Lavagirl, a young teenaged girl with long flowing pink hair. She was nominated at the Young Artist Award for Best Performance in a Feature Film by a Leading Young Actress in a movie.

In addition to that role, Taylor Dooley has also been featured in movies like Apology, Monster Night as Dana Ackerman, Whitepaddy as Mary, and Hell Mountain as Eden.

Her parents named her after the singer and actress, Taylor Dayne.

She started off as a model when she was 5 after being chosen as “The Cutest Baby” in a contest in her home state of Michigan.

At age 9, she joined the Phoenix Theater’s Performance Troupe, where she learned acting and also booked for commercials.

She has appeared in several commercials including a national commercial for Famous Footwear, Mary-Kate and Ashley clothing line, Honda’s Odyssey minivan, and Disney Superstar Kids.

She met her friend AnnaSophia Robb at a private Gemz concert.

Dooley was featured in an article by “Discovery Girls” magazine.

She listens to all types of music, except country.