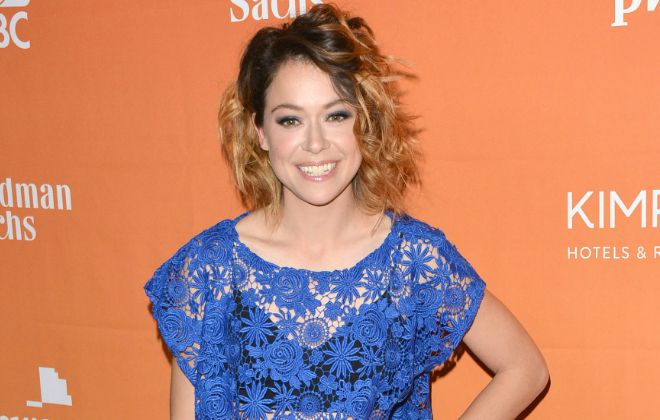 Who is Tatiana Maslany?

Tatiana Maslany is a famous Canadian actress who is best known for her work in television. In 2016, she won a Primetime Emmy Award for her outstanding performance in the Canadian sci-fi thriller series Orphan Black, becoming the first Canadian actor from a Canadian series to win an Emmy in a key dramatic category. She played multiple lead roles in the series from 2013 to 2017. She has also appeared in a bunch of popular TV series, including Heartland, The Nativity, and Being Erica. Her film credits include Diary of the Dead, Eastern Promises, The Vow, Woman in Gold, and Stronger.

Tatiana Gabrielle Maslany was born on the 22nd of September 1985, in Regina, Saskatchewan, Canada. She is currently 34 years old.

Tatiana Maslany is the daughter of Dan, a woodworker, and Renate, a translator. She has two younger brothers, actor, Daniel and Michael. She has Austrian, German, Polish, Romanian, and Ukrainian ancestry.

Maslany graduated from Dr. Martin LeBoldus High School in 2003, where she participated in school productions.

Maslany has been in a relationship with Welsh actor Tom Cullen since 2011. They began dating after they met in Budapest while filming the miniseries World Without End.

Maslany got her first acting role in the Canadian television series Incredible Story Studios, in which she played various characters from 1997 to 2002.

Her first notable work in television was in the series 2030 CE for her role as Rome Greyson.

As of 2019, Tatiana Maslany has a net worth of $3 million. She was paid around $50 thousand per episode for her work in the TV series Orphan Black. She lives with her partner in Los Angeles, California.

After graduating from high school, Maslany started doing theatre performances before moving to Toronto, Ontario at the age of 20.

She worked as an improv comedian for over 10 years. She placed first at the 2002 Canadian Improv Games.

Tatiana won the ACTRA Award for her outstanding performance in the movie Two Lovers and a Bear in 2017.

In 2018, she was nominated for Emmy Award in the Lead Actress in a Drama Series category for her various roles in Orphan Black but lost to Claire Foy from The Crown.

She was originally considered for the lead role in Ryan Murphy’s 2018 drama series Pose but was later replaced by Charlayne Woodard.

She was cast alongside Nicole Kidman in the 2018 crime thriller film Destroyer.