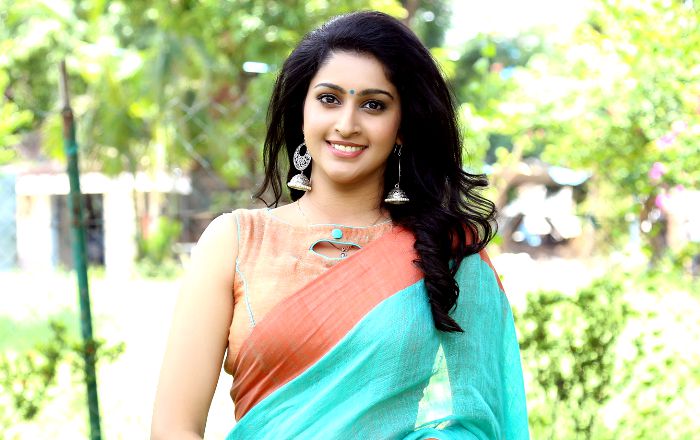 Who is Tanya Ravichandran?

Indian actress Tanya Ravichandran is known for her roles in films such as Balle Vellaiyathevaa (2016), Brindavanam (2017) and Karuppan (2017). She is the granddaughter of notable actor Ravichandran and the daughter of famous classical dancer Lavanya Sriram. Her original name is Abirami Sriram.

Tanya Ravichandran was born on the 20th of June 1996, in Chennai, Tamil Nadu, India. She is currently 23 years old.

Tanya is the daughter of Sriram and his wife Lavanya Sriram, a famous classical dancer. Her grandfather, Ravichandran, was a renowned actor. She has one sister named Apparajitha Sriram.

After completing her school studies, Tanya enrolled at the M.O.P. Vaishnav College for Women in Chennai, from where she majored in Commerce. She did her Masters at the Madras School of Social Work in Chennai.

Unfortunately, not much is known about her love life and dating history.

Tanya Ravichandran made her acting debut with the 2016 Tamil film Balle Vellaiyathevaa, in which she played the role of Thanikodi. Following that, she appeared in Brindavanam and Karuppan, both released in 2017.

She’s not on social media, however, there are many parody accounts under her name.

Tanya got interested in acting since her childhood after watching her grandfather Ravichandran’s movies.

She is a trained classical dancer in Bharathanatyam and often perform on stages along with her mother and sister who are also dancers.

Her debut film was supposed to be with director Mysskin. She successfully auditioned for his film, but unfortunately, the film got shelved.

It was Mysskin who suggested her to change her screen name to Tanya.

After hearing that Tanya was signed for a film with Mysskin, director Radha Mohan called her for an audition and offered a lead role in his film Brindavanam.

Tanya has appeared on the covers of Indian magazines like We, JFW among others.

She can be next seen in a mythological mystery film, Maayon, opposite Sibi Sathyaraj.