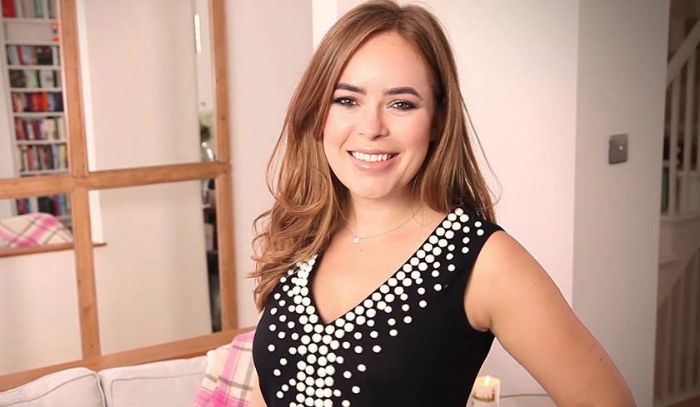 Who is Tanya Burr?

Tanya Burr is an English YouTuber, Actress, and Author, who is known for her fashion, makeup and cooking videos. She has appeared on the covers of Glamour and Stylist magazines. She has released three books and has her own cosmetics line called Superdrug.

Tanya Burr was born on the 9th of June 1989, in Norwich, Norfolk, England, United Kingdom. She is currently 30 years old.

Speaking about her family, there is very limited information known about her personal life. Her parents are unknown. She has two siblings, one sister, Natasha Burr and one brother, Oscar Burr Tanya attended Notre Dame High School and then Long Stratton High School in Norfolk. She also took a short course as a make-up artist.

Tanya has been in a relationship with fellow YouTuber Jim Chapman from December 2006. The couple got engaged on 12 December 2012 and married on 3 September 2015, at Babington House in Somerset. In March 2019, Burr took it to Instagram to announce that she and her husband had decided to split up.

Tanya landed a role of Sophie in a short film titled Disconnect in 2017. she would star as Maud in the film Hurt By Paradise.

In 2013, Tanya made her TV show debut in the series, YouTubers React.

Over the years, Tanya has made a fortune of  $2 million US dollars. So far, she has made around $336 thousand dollars this year where she takes upwards of $30000 US dollars every month.

Burr has done many collaborations on her channel with other YouTubers, including Zoe Sugg, Louise Pentland, Alfie Deyes, Tyler Oakley, Joe Sugg, and many others.

Her quest proved beneficial that fetched her several offers where she appeared on the channel DailyMix.

In 2015, Tanya featured on the cover of Galmour magazine and the following year on Stylist magazine.

Expanding her vision to being an author and blogger, Burr writes column for Grazia magazine. In 2015, She published her first non-fiction plus autobiographical book, Love, Tanya, which accounts for extensive beauty tips.

The following year, she published her first cooking book titled Tanya Bakes, in which she shared baking recipes right from her childhood to the ones she prefers for special occasions.

Her third book, Tanya’s Christmas, was released on 19 October 2017.

In 2018, Burr played the lead role of Ella in a revival of Judy Upton’s Confidence, a stage production that marked her theater debut.