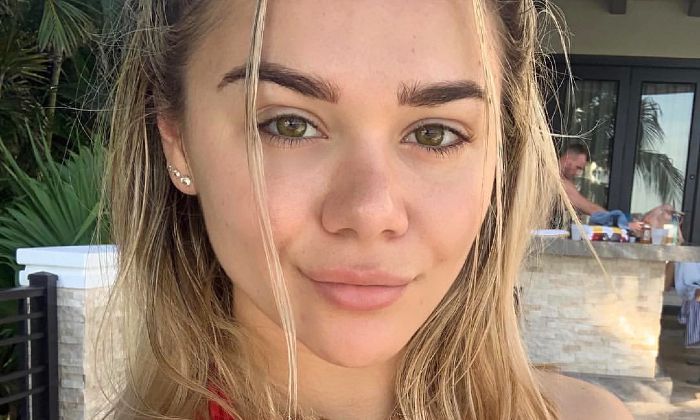 Who is Tahlia Paris?

Tahlia Paris is an American model and DJ from Santa Barbara, California, who is probably known best for work with the men’s lifestyle magazine, Playboy. She had always wanted to be a Playboy model and became a featured painted model at the 2015 Playboy’s Midsummer Night’s Dream party. She was named Playboy’s Cybergirl of the Month for January 2016. The Santa Barbara-native was voted Playboy’s Cybergirl of the Year in 2017.

Tahlia Paris was born on the 12th of October 1996, in Santa Barbara, California, United States of America. She is currently 24 years old.

Though Tahlia is a California native, she’s got roots in French-African and Russian through her grandparents. Her grandfather moved to the US from Morocco almost 60 years ago while her grandmother is a Russian.

Tahlia is the oldest child to her parents, who were very supportive of her career choice. She grew up along with her two younger brothers.

She has been modeling from a tender age of five after being discovered by a scout from a modeling agency. Despite having ventured into modeling at a young age, she completed her schooling and is currently pursuing her degree in medicine.

Now, this is the topic that most of you are probably looking forward to. Well, we are sorry to say that there is not a lot we have to share regarding the personal affairs of Tahlia. She has tried to keep things away from the media to the best of her abilities. Moreover, Tahlia is currently focusing on her career and education and has very little time for romance.

Tahlia Paris was discovered by a modeling scout when she was just five years old, and one year later, she began participating in beauty pageants. Due to her exposure to modeling at a young age, she devoted most of time sculpting her body for modeling.

She reached the height of modeling goals at the age of nineteen landing the famous Playboy’s Midsummer Night’s Dream party at the Playboy mansion as one of Hugh Hefner’s painted ladies in the summer of 2015. That was obviously a huge feat in her modeling career.

The sexy Playboy Playmate is worth over $300 thousand dollars, as of 2020, which she earned through her accomplishments in the modeling industry.

She grew up surfing, riding motorcycles and hiking in the mountains.

As a young girl, she used to watch the popular show, The Girls Next Door, with her mom and told her that she wanted to be one of those girls.

She’s also a dancer and was trained in gymnastics, ballet, hip hop, flamenco, and even aerial fabric.

As she soon as she turned 18, she submitted her photos to Playboy and things really took off, when she was chosen as Playboy Playmate.

She runs her own personal website, where fans can get a glimpse of her attractive body. In addition to a ton of glamour, lingerie, and swimwear pictures of herself, her website also features e*otic videos.

She wanted to be a nurse.