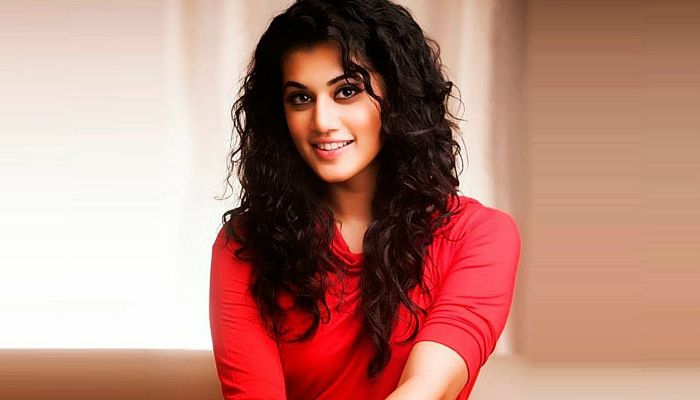 Who is Taapsee Pannu?

Taapsee Pannu is an Indian actress from the capital state of India probably best known for her appearance in critically acclaimed films such as Aadukalam, Vastadu Naa Raju, Baby, Mr. Perfect. She appears mainly in Tamil, Telugu, Malayalam and Hindi language films. Her performance in Arrambam earned her the Most Enthusiastic Performer-Female Award at the 2014 Edison Awards. Her notable acting credits include Pink, The Ghazi Attack, Judwaa 2, Badla, Mission Mangal, and Saand Ki Aankh. She earned her first Filmfare Critics Award for Best Actress for her work in Tushar Hiranandani’s biopic Saand Ki Aankh.

Taapsee Pannu was born on the 1st of August 1987, in New Delhi, India. She is currently 33 years old.

Taapsee was in a relationship with actor Mahat Raghavendra in the past. She is reportedly dating Denmark Badminton player Mathias Boe since 2013.

When asked about her relationship status, she said “I have dated a South Indian. Also, I have never dated a star and will never date one and that I can write and give you on a stamp paper. I am clear that there can be only one star in the relationship and that’s me. I personally don’t think it can work out between an actor and an actress.”

Taapsee made her theatrical debut with the Telugu film, Jhummandi Naadam, playing her role as Sraviya in 2010.

The following year, she portrayed the character of Irene Claude, an Ango-Indian, opposite Dhanush in Aadukalam, which was her Tamil debut, Her performance in the film earned her positive reviews and eventually, she got many film offers therein. The film itself received six National Film Awards at the 58th National Film Awards ceremony.

The same year, she debuted in Malayalam industry with Doubles, alongside Mammootty and Nadiya Moidu

Her Hindi debut came in 2012 with Chashme Baddoor, in which she played opposite Siddharth. Her role in the film earned her nomination for Filmfare Award Best Female Debut.

Taapsee appeared as a contestant on Channel V’s talent show Get Gorgeous.

Taapsee Pannu has an estimated net worth to be more than $6 million US dollars as of 2020. She charges Rs 90 lakh to 1.5 crore per film. She is the co-founder of The Wedding Factory, a wedding management startup. This is perhaps the first and only wedding planning and arranging company headed by a celebrity.

She recently bought a luxury apartment in the posh area of Mumbai and also owns apartments in Chennai and Hyderabad. She owns a BMW 5 series, Mercedes SUV and a Renault Captur car.

Born and brought up in Delhi, she was raised Jat Sikhni.

During her college days, she began modeling for pocket money, which she later made it into a full-time career.

After graduation, she briefly worked as a software engineer and left it to pursue a career in acting.

As a model, Taapsee Pannu won a bunch of titles such as “Pantaloons Femina Miss Fresh Face” and “Safi Femina Miss Beautiful Skin” at the 2008 Femina Miss India contest.

Her celebrity crush is Ranbir Kapoor.

She was featured on the covers of popular magazines such as Just For Women and MaaStars.

Taapsee Pannu decided to foray into the cinema after realizing that she could never gain proper recognition and attention through modeling.

Pannu received Most Enthusiastic Performer–Female Award at the 2014 Edison Awards for her performance in the action thriller Arrambam co-starring Ajith Kumar and Arya.

In 2018, she won the Zee Cine Awards under the category Extraordinary Impact Award – Female for her work in Naam Shabana.