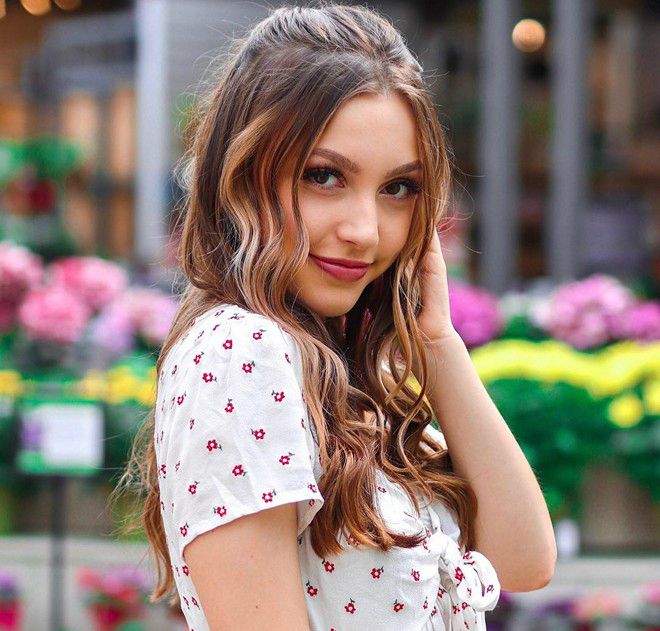 Who is Sydney Serena?

Sydney Serena is a famous American YouTuber best known for her eponymous YouTube channel, on which she posts beauty and lifestyle videos. The young fashionista has accumulated over 2.2 million subscribers on YouTube and has over 250k followers on Instagram.

Sydney Serena was born on the 4th of July 2000 in Saint Paul, Minnesota, United States of America. She is currently 20 years old.

Based on her activity, we can ascertain that she isn’t dating anyone. It seems that she is focusing more on her career than on her romantic life.

She played a minor part in the 2017 TV series, Giggles Talk.

Known for her beauty, lifestyle and DIY videos.

Sydney’s net worth is estimated to be $500 thousand dollars.

She began practicing gymnastics for almost 10 years and later quit it due to frequent injuries.

In middle school, she has starred in school productions of Mermaid, and Flounder. And after she was diagnosed with vocal cord dysfunction, she was forced to quit acting as well.

Some of her most popular YouTube videos include “8 Mascara Hacks You Need To Know!” and “Funny Pranks You Need to Try!”

She won the Minnesota Beauty Pageant in 2009.

She also briefly worked as a babysitter.

Sydney also has her second YouTube channel called Sydney Serena Vlogs, which she created on the same day her main channel was created, but she didn’t start posting videos to it until 2015.