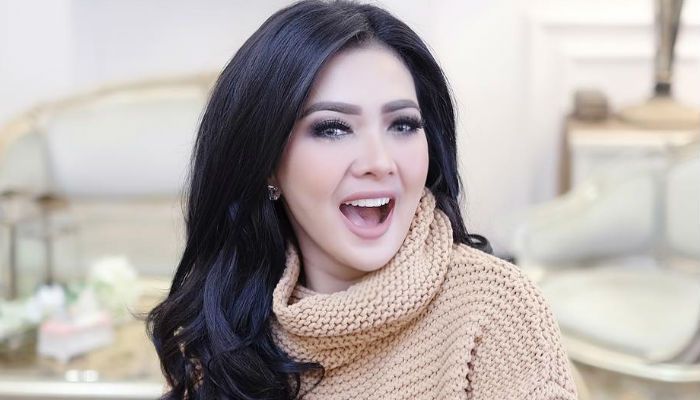 Syahrini is a famous Indonesian singer and actress best known for her studio albums My Lovely and Semua Karena Cinta. Some of her hit singles include “Sesuatu”, “Cinta Tapi Gengsi”, “Sandiwara Cinta” and “Seperti Itu”.
She was very much passionate about singing and acting since she was a child.

Syahrini was born on the 1st of August 1982, in Sukabumi, West Java, Indonesia. She is currently 38 years old.

Syahrini is the daughter of Dadang Zaelani and Wati Nurhayati. Her father is a businessman who owns a gold and mining shop business. she has an older brother, Ridwan Zaelani and a younger sister, Aisyahrani Fatimah Zaelani. After completing high school, she enrolled at the Pakuan University in Bogor, West Java, Indonesia, from where she earned her bachelor degree in law. It is one of the largest and oldest institutions in the province.

The 36-year-old ended her relationship with Malaysian stud Raja Mohammad Syazni (‘Bubu’) in 2012. There have been rumors swirling since 2015 that she is dating Jeffrey Sutorius of Dash Berlin, however, they are rumors just yet.

Syahrini released her debut studio album titled “My Lovely” in 2008 via Trinity Optima Production. It spawned hit singles “Bohong” (Lies) and “My Lovely”. She dropped her second album “Don’t Choose Me” in 2010 followed by her third and fourth albums, “All Because of Love” and “Princess Syahrini” in 2012 and 2016, respectively.

Syahrini made her acting debut, playing a pivotal role in the 2008 Indonesian movie Basahhh.

Without a doubt, Syahrini is one of the most influential pop stars in the Indonesian scene. She has an unprecedented fan following on most of the popular social media networks. Her Instagram account clocks in at 28 million followers as of April 2019, while her Twitter handle has over 4 million followers and her Facebook account has over 1.1 million followers.

She was raised in Sukabumi, Indonesia.

She formed a dangdut duet music band with her sister, Aisyahrani, called Duo Geulis and they performed in and around of their hometown.

Princess Syahrini has said in interviews that many artists have influenced her but that Tata Young and Beyonce Knowles have been major inspirations both musically and in their attitudes towards fans.

She credits Indonesian pop star Krisdayanti as a huge influence on her style.

Syahrini lives in Jakarta, the massive capital of Indonesia, with her family.

Syahrini has appeared in several television shows, including as a judge on Indonesia’s Got Talent, and her own reality show, Princess Syahrini from 2014 to 2015.

She quotes Rhianna and Kim Kardashian as her fashion idols.

Syahrini won the Most Popular Singer award at the SCTV Awards 2018.