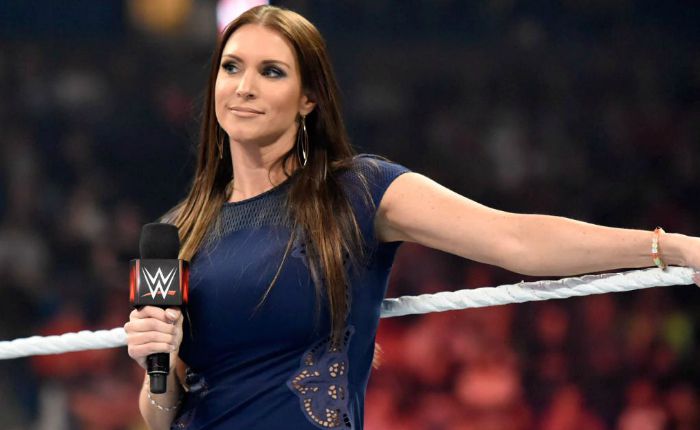 Who is Stephanie McMahon?

Stephanie McMahon is a Chief Brand Officer (CBO) of WWE and a businesswoman. Hailing from the renowned McMahon family, Stephanie has been associated with WWE since she was a teenager who in earlier days modeled for various WWE catalogs advertising T-shirts and other merchandise. She did various jobs including front office and gradually grown up to the CBO of WWE.

Stephanie McMahon was born on the 24th of September 1976, in Hartford, Connecticut, United States of America. She’s currently 43 years old.

Stephanie McMahon is the youngest daughter of WWE Chairman and CEO Vince McMahon and his wife Linda McMahon, who is also a businesswoman. Her older brother, Shane McMahon, is also a professional wrestler and businessman.

Stephanie attended Greenwich Country Day School and then graduated from Greenwich High School in 1994. She later enrolled at Boston University, graduating in 1998 with a degree in Communications.

Prior to her marriage, she dated fellow wrestler Test.

She started her career as a model and bodybuilder posing for several WWE campaigns and did various front office jobs before she was promoted to Executive Vice President and then to  Chief Brand Officer (CBO) of WWE. She entered into the ring as a female wrestler and often teamed up with Test, her then-boyfriend.

In November 2001, McMahon appeared on a special episode of NBC’s The Weakest Link where WWF personalities competed against each other for their respective charities. She has appeared in various TV shows along with WWE superstars.

She has a WWF Women’s Championship and two Slammy Awards to her credit.

In 2013, Stephanie McMahon served as the Honorary Chairperson of the Special Olympics of Connecticut.

She has also won the Legacy of Excellence Award in 2016.

Stephanie appeared in a voice-over role as herself in the direct-to-video animated film Scooby-Doo! and WWE: Curse of the Speed Demon.

In 2017, she won the Stuart Scott ENSPIRE Award.

She was named the ‘Most Powerful Women in Cable’ four times by Cable magazine.

She is a Republican and has donated $2,700 to Chris Christie in his presidential campaign.