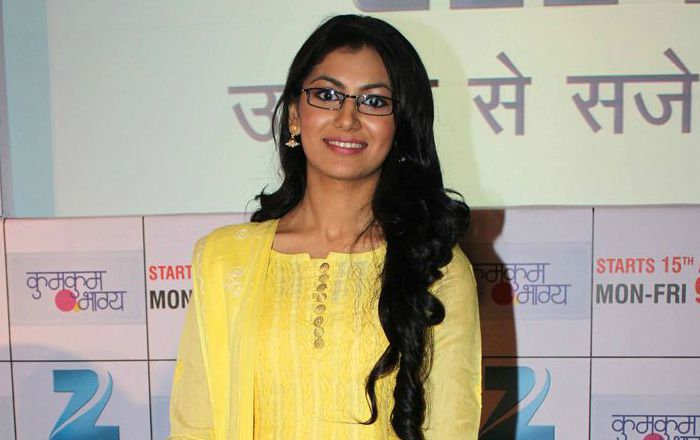 Who is Sriti Jha?

An Indian television actress, Sriti Jha who is best known for her portrayal of Pragya in Zee TV’s serial Kumkum Bhagya. She is currently playing a lead role in the TV series Kundali Bhagya, a spin off series of Kumkum Bhagya.

Sriti Jha was born on the 26th of February 1986, in Darbhanga, Bihar, India. She is currently 33 years old.

Unfortunately not much is known about her family background. Her father name is Mithilesh Jha and she has a broiher. Beyond that, we do not know specifics about her family like her mother’s name and her sibling name.

Sriti Jha was said to be in a relationship with actor Harshad Chopda who played her love interest in the television series Dil Se Di Dua… Saubhagyavati Bhava? But both have not either confirmed or denied the news.

She then dated actor Kunal Karan Kapoor in 2018. They both were believed to be in a relationship for years now. Despite the fact that their dating news claimed to be a rumor, it seems that the two never bother or really care to clear off the air. This makes her fans to come up with speculations theories about their relationship.

She hasn’t yet acted in feature films.

Jha made her television debut in the Disney India’s teen drama Dhoom Machaao Dhoom for her role as Malini Sharma from 2007 to 2008.

Best known for her roles as Sudha / Devika in Jyoti, as Jhanvi Dobriyal / Sia Raghavendra in Dil Se Di Dua… Saubhagyavati Bhava and as Pragya Arora Mehra in Kumkum Bhagya.

Sriti has endorsed a number of brands and products including Accessorize India, Kalki and Belleza, among others.

Her net worth is under review. She is one of the highest paid actresses in Indian television industry who charges over Rs 50 thousand per episode.

During her college days, Jha enrolled an English dramatics society called Verbum where she was named as its President.

While being part of the dramatics society, she landed a prominent role in a play titled ‘Ritual in Blood’, a role which earned her Best Actress Award. Set in the 13th century England, the play was written by Steven Berkoff.

Sriti got a chance to act in the Disney India’s teen drama Dhoom Machaao Dhoom whilst still in college.

She has received many awards including Indian Telly Awards and Zee Rishtey Awards for her performance in the popular TV series, Kumkum Bhagya.

Sriti Jha was highly praised for her stellar performance in Life OK’s Dil Se Di Dua… Saubhagyavati Bhava, where she played a victim of domestic violence.

She is a book worm who manages to squeeze out time from her busy schedule to catch up on her reading.

She is a feminist and humanitarian who supports gender equality and the LGBTQ community.