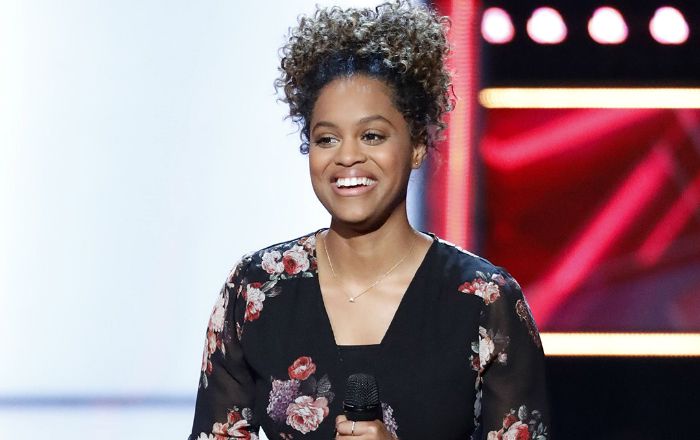 Spensha Baker is an American gospel singer who came to limelight after her appearance on Season 14 of the reality show, The Voice (US). She performed “Blackbird” by the Beatles in the blind auditions leaving judges stunned. She is one of the three contestants to have made the finals of the season.

Spensha Baker graduated from Judson High School in San Antonio, Texas where she studied English, Integrated Physics, Chemistry, and Geometry. There she was a member of the high school softball team.

Baker has kept her personal life under the warps and thus there is not much information available of any relationship she has had in the past or in the present.

Spensha Baker released her debut album “Outloud!” in 2008. When asked about why did she pick the name, she replied, “I named my album Outloud!, that is the way I live my life: Openly. I want to succeed and fail out loud. I want to laugh out loud, breathe out loud, love out loud, and live out loud. Not only is this my personal anthem, but I’m positive it can be an anthem for everyone. It’s also the title track on my album.”

Baker made her first TV appearance at the age of 12 years old when she landed on CBS-TV show, Star Search. She reached the finals of the competition but failed to bag the title.

Being a contestant on NBC’s reality show The Voice (US).

There is no information related to her net worth at this time.

She grew up a military base and had to move to different places as a part of his father’s job.

She began singing at a very young age and it was her mother who encouraged and motivated her and took her to various shows and competitions.

She released Interscope’s first gospel record at 12 and sang at the White House for President George W. Bush.

She released the singles “Purpose” and “Hallelujah” in 2007 and 2008 respectively.

She belongs to the fellow singer, Blake Shelton‘s team on The Voice.