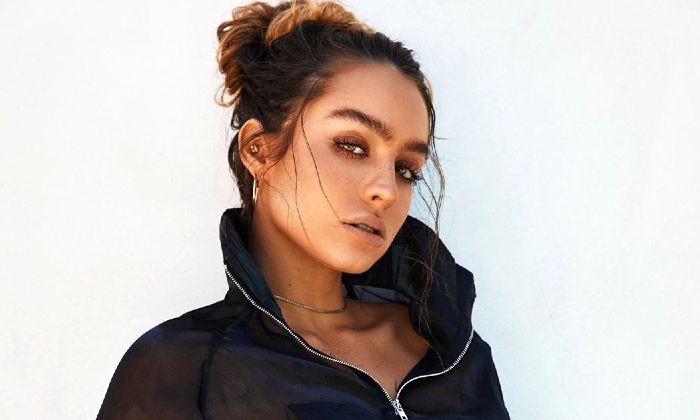 Who is Sommer Ray?

At just 23 years old, Sommer Ray is already a successful fitness model and social media influencer. Her passion for fitness was something she discovered when she was young, having grown up watching her competitive bodybuilder father. She started hitting the gym along with her father as a teenager and her attractive fit body is due to a nutritious diet and rigorous workout in the gym. Sommer is one of the most followed personalities on Instagram, having already amassed an overwhelming following of more than 25 million followers. She also has a self-titled YouTube channel with more than 1.7 million subscribers, where she helps people stick to a fitness routine. Besides al this, Sommer has won several fitness bikini competitions and has a fitness app called Evolve Fitness, and a self-titled online merchandise store.

Sommer Ray was born on the 15th of September 1996, in Larkspur, Colorado, United States of America. She is currently 23 years old.

Sommer Ray is the second of four siblings, Her mother, Shannon Ray, and her late father, who died in June of 2015, were both competitive bodybuilders. Her mother was a bikini model and also an Instagram star, who has nearly a million followers. She is of Czechoslovakian descent.

As far as her education is concerned, Sommer briefly attended a public school in Colorado before being homeschooled.

Now, this is the topic that most of you are probably looking forward to. Sommer Ray is a very private person when it comes to her aromatic life and had always kept a low profile. She is rumored to be dating rapper Machine Gun Kelly. The rumors flared up shortly after the two were spotted together having a great time at the Rainbow Bar & Grill. However, Sommer hasn’t either confirmed or denied her relationship with Machine.

She had a brief relationship with a man named Bennett in early 2018. However, the pair broke up after a few months of dating together. Since then, she hasn’t talked much about her personal matters.

During the same time, she was also rumored to be in a relationship with fellow YouTuber Bryan Le, better known as RiceGum. But, it later appeared that they were simply friends and had just fueled the rumors to rake up their channel’s subscribers count. She was previously in a relationship with model and actor Max Ehrich in 2017.

Sommer Ray began pursuing her career at the age of 15 with a focus on competing as a bikini athlete. She spent her first year working out vigorously in her home gym at their basement under the guidance of her father. As a result of her hard work and persistence, she succeeded in sculpting her body required to get into the bikini athlete competitions.

She began competing in local fitness bikini contests in her second year of embarking her fitness journey. After a slew of failures, she followed up with a run in the 2015 NPC Colorado State Championship, where she won two titles in the categories “Bikini Class D” and “Bikini Teen.” Her continued success bagged her the 16th spot at the NPC USA Championship in 2015.

As a passionate bikini athlete and fitness model, she achieved much attention for herself in the fitness industry even before turning twenty. That eventually landed a modeling gig for the Myokore, a portable bungee training system. With her ever-growing popularity, brands started reaching out to work with her, Sommer, who is off today, is one of the most sought-after fitness models in the industry.

Sommer Ray took a huge step in 2017 when she joined YouTube on January 27, 2017. She posted her first video “My First Vlog Everr” in July 2017. With time, she has become extremely popular and her videos are loved by people who have discovered what fitness can do for them. She expresses her passion for what she does through her self-titled YouTuber channel, which now has 1.7 million subscribers and the numbers are growing still.

With no doubt, the Colorado native is a natural beauty, who has an extremely attractive body. Her success in bodybuilding competitions is what inspired her to become a fitness model and social media influencer. She’s never afraid to show off her fit physique in provocative outfits to her 25 million Instagram followers. Anyone that wants to get in shape can follow Summer on social media.

Summer has massed nearly 700k followers on her official Facebook page while her Twitter’s got over 1.1 million followers.

This Instagram beauty is extremely popular on social media as well in the fitness world. Any woman who wants to improve their physical fitness is urged to follow her workout routine. All of her accomplishments as a fitness model has made her a successful person. She’s worth around $1 million, as of 2020.

In 2016, Sommer was named the “Lovely Lady of the Day” by ‘Sports Illustrated.

In 2017, Sommer Ray joined a group of YouTubers and Influencers called the CloutGang squad. Notable members of the gang include Alissa Violet, RiceGum, and Ricky Banks, and FaZe Banks.

She appeared on the comedy show Wild ‘N Out as herself in December 2017.

She has 2 pet dogs named Rarri and Mazi Ray.