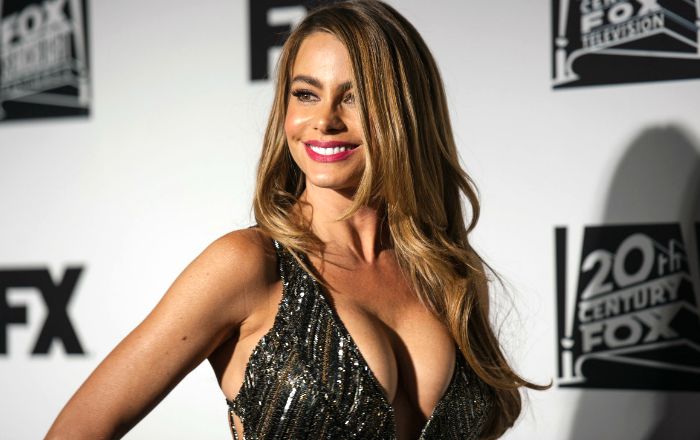 Who is Sofia Vergara?

Sofia Vergara attended Marymount School. She enrolled to a three years program at a university in Colombia to study dentistry but left 2 semesters away from her graduation to pursue a career in modeling and acting.

Sofia Vergara is married to American actor Joe Manganiello. This is her second marriage. They got engaged on Christmas Day 2014 and married on November 22, 2015, in Palm Beach, Florida.

Her first marriage was with her high-school sweetheart, Joe Gonzalez. She was then 18. She has a son named Manolo Gonzalez-Ripoll Vergara, born in September 1991, from this relationship. They divorced in 1993.

After her breakup with her ex-husband Gonzalez, she began dating Nick Loeb in May 2010. they became engaged on July 10, 2012, however, Vergara called off her engagement on May 23, 2014.

In 2002, Sofia Vergara landed a minor role in the film Big Trouble, in which she played Nina.

Her first leading role came in 2011 when she was cast in Farrelly brothers’ The Three Stooges. She portrayed her character as Lydia Harter and the film saw its release in 2012.

She was then cast in the TV series Baywatch as herself in 1999 in an episode titled “Boys will be Boys”.

In 2011, Vergara was made the face of CoverGirl.

Sofia is one of the most successful Latin actresses in Hollywood who has a net worth of $140 million. She earns $190 thousand per episode for her role in ABC sitcom Modern Family. Vergara was named the highest-earning woman in U.S. television, earning $19 million in 2012, $28.5 million in 2015 and $43 million in 2016 by Forbes. She was ranked 32nd on the Forbes’ list of most powerful women in the world.

Started her career as a television co-host, Sofia is one of the notable actresses in the entertainment business, thanks to her sheer handwork and perseverance.

She was discovered by a photographer while walking on a Colombian beach and was quickly presented with offers of modeling and television work.

Vergara was named one of People magazine’s “50 most beautiful people” and named by The Hollywood Reporter and Billboard as one of the most influential Latin women in Hollywood.

Sofia was diagnosed with thyroid cancer in 2000. She had her thyroid removed, underwent radioiodine therapy, and made a full recovery.

She stars on the ABC sitcom Modern Family as Gloria Delgado-Pritchett, for which she was nominated for the Primetime Emmy Award for Outstanding Supporting Actress in a Comedy Series for 2010, 2011, 2012, and 2013.

During her December 2014 appearance on Jimmy Kimmel Live!, Vergara revealed that she had become a United States citizen after getting a perfect score on her citizenship test