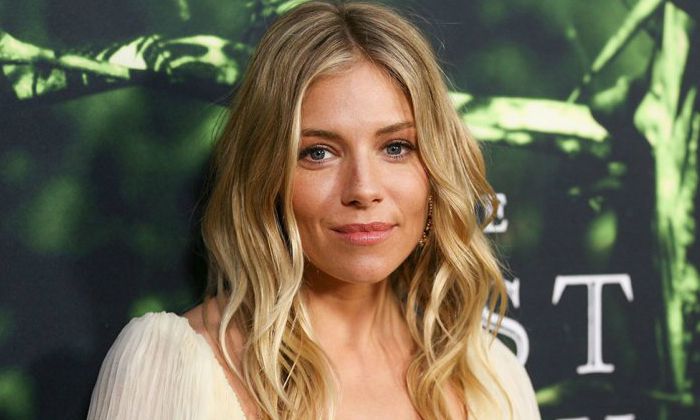 Who is Sienna Miller?

Sienna Miller was born on the 28th of December 1981, in New York City, New York, United States of America. She is currently 38 years old.

Speaking about Sienna’s family and childhood, her father, Edwin Miller, is a former investment banker and now works as a dealer of Chinese art. Her mother, Josephine, is a former model and manager at Lee Strasberg Institute. She has a sister named Savannah, a fashion designer and two half-brothers, Charles and Stephen.

She attended Heathfield School, a boarding school located in Ascot, Berkshire. After completing her school, she returned back to New York City and enrolled at the Lee Strasberg Theatre and Film Institute. She graduated in 2001.

Ever since she graduated to stardom status, Sienna Miller has been involved in a few high-profile relationships. Her first publicly known relationship was with actor Jude Law. They worked together in a film called Alife in 2003 and soon the pair became tabloids delight. They got engaged on the Christmas day of 2004. However, their relationship didn’t last long as she broke up with him after she found Law cheating on her with his children’s nanny.

Law issued a public apology to Miller in a bid to reinstate their relationship but nothing helped him, they broke up in November 2006. In December 2009, several media outlets reported that Law and Miller had rekindled their relationship. But sadly, they finally broke up in February 2011 after being together for two years.

Her next highly publicized relationship came in 2008 when she had an on-and-off affair with Balthazar Getty from July 2008 to 2009. Their romantic connection caught the attention of the tabloid press because Balthazar was married at the time. In fact, Miller sued two British tabloids for publishing pictures of them being together.

Sienna Miller landed the role of Sharon in the romantic comedy film, ‘South Kensington,’ in 2001.

Miller’s first television appearance came in 2002 when she was cast in an episode of the Fox drama series, The American Embassy.

Being considered as one of the most talented and gorgeous women in the industry, Sienna Miller has appeared in a number of hit movies throughout her career. She first shot to international fame for her supporting role in the movie Alfie (2004) with Jude Law. It was because of her relationship with him.

Her portrayal of a starlet to Steve Buscemi’s reporter in the movie Interview (2007) also earned her fame and acclaim. In 2008, she starred in the movie The Edge of Love, with friend Keira Knightley. The film is a biopic of Dylan Thomas in which she played the role of his wife Caitlin Macnamara. Critics highly lauded her performance in the film, which also earned her many award nominations.

Some of her other notable works include her roles, like Tippi Hedren in the television film, The Girl, Taya Renae Kyle in the biographical war film, American Sniper, and Nina Fawcett in the adventure drama film, The Lost City of Z, among many others.

Born in New York City, her family moved to London when she was 18 months old.

She developed an interest in acting at a very young age.

Following the footsteps of her mother, Sienna got her start as a photographic model and modeled for several prestigious magazines like Vogue.

In 2003, she posed topless for the Pirelli Calendar.

Miller has a great sense of fashion and became a global style icon. Her fashion style is described as boho-chic, which has striking similarities to that of the style of model Kate Moss.

She launched her own fashion label called Twenty8Twelve in 2006 in collaboration with Pepe Jeans.

Miller is a close friend of designer Matthew Williamson.

Sienna Miller received £100,000 in damages from News of the World in relation to the newspaper hacking into her phone.

She was originally considered for the role of Domino in Deadpool 2, but Zazie Beetz was cast instead.