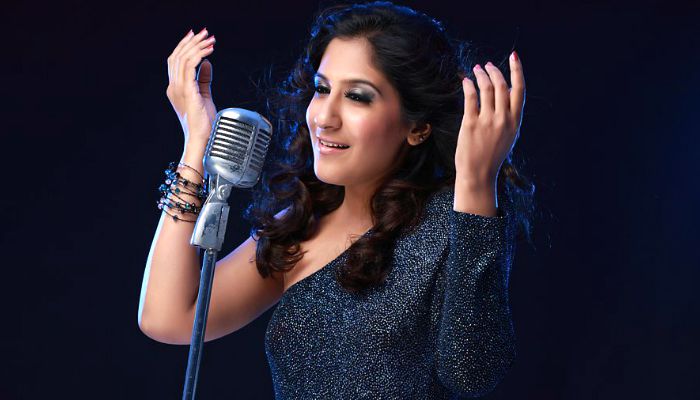 Who is Shweta Mohan?

Shweta Mohan is a versatile Indian playback singer who has sung over 500 songs across all mainstream Indian languages, Tamil, Malayalam, Telugu, Kannada, and Hindi. Shweta has won several coveted awards including four Filmfare Awards, one Kerala State Film Award, two Tamil Nadu State Film Awards, one Radio Mirchi Award and many more. She is known for her effervescent style of singing and has rendered her voice for several music composers.

Shweta was born on the 19th of November 1985, in Chennai, Tamil Nadu, India. She is currently 34 years old.

Shweta Mohan comes from a musical family. Her mother, Sujatha Mohan, is a famous playback singer. Her father, Dr. V Krishna Mohan, is a Pediatrician. Following in her mother footsteps, she took singing and music classes at a very young age.

For education, she attended Good Shepherd Convent in Chennai. After school, she studied at a renowned college in Chennai.

She is married to her long-time boyfriend Ashwin Shashi, President and COO of KGM Group of Companies. The wedding held on 16 January 2011 in Chennai. Ashwin is her friend Aarathi’s brother. The couple welcomed their first child, a daughter, Shreshta, on 1 December 2017.

She first recorded for Mozart of Madras A.R. Rahman as part of the children’s chorus for the songs ‘Kuchi kuchi rakkamma’ (Bombay) and ‘Accham accham illai’ (Indira).

She first rendered her solo voice release in the movie ‘Three roses’ (2001) for Mr. Karthik Raja.

She has sung over 500 songs for various music directors in multiple Indian languages.

She hasn’t appeared in a film yet.

Shweta Mohan appeared as a judge on the singing reality show, Music India, alongside Gopi Sunder, Deepak Dev which aired on Asianet.

Apart from this, she has been featured as a judge on several television shows, including Vijay TV’s Super Singer Junior and Super Singer 6.

Unfortunately, her net worth is not known at this time. Shweta lives in a luxury house with her husband and family in Chennai.

Born in a family of singer and musicians, her passion for singing doesn’t come as a surprise since she used to accompany her mother for various cultural events.

Shweta took Carnatic lessons at the age of 9 from Ramamoorthy Rao.

Her versatility in music comes from different influences around her – bhajans and old Tamil songs from her mother, old Hindi songs from her father, Pop, and blues from her husband and rock from her friends.

She has received various awards for her songs in films.

She appeared in a music video of “Yavum Enadhe / Sub Mera Hai” in 2018. It is available on her YouTube channel.

In 2019, she uploaded the covers of “Hello & Ethrayo Janmamai” to your YouTube channel.