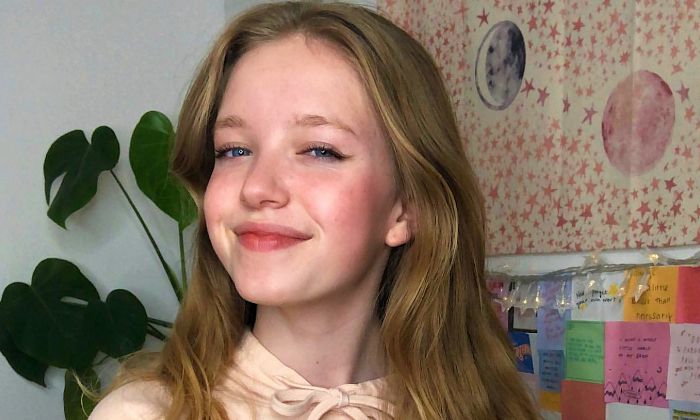 Who is Shay Rudolph?

Shay Rudolph is an American actress, probably best known for her role as Stacey McGill in the Netflix hit series, The Baby-Sitters Club, based on Ann M. Martin’s best-selling children’s book series of the same name. The reboot series premiered on Netflix on July 3, 2020, that follows a group of adolescents setting up a babysitting business in a fiction town of Stoneybrook, Connecticut. She is also known for having appeared on the second and third seasons of the cop series, Lethal Weapon, as Maya Flynn. She’s also an emerging social media star with over 30 thousand Instagram followers.

Shay Rudolph was born on the 7th of September 2005, in the United States of America. She is currently 14 years old

Except that she is of Irish descent, there are not many details to share regarding her early life, including the exact place of her birth as well as the details about her family and education.

She is the youngest in her family of four. She grew up along with her older sisters, Rhys, in their hometown.

It appears that Shay Rudolph is a private person as she doesn’t share anything related to he personal life with her fans. Not only that, she has somehow managed to keep her dating life far away from public’s eye, so it is not known whether she has a boyfriend or not. In addition, she is too young for a relationship and she’s currently focusing on her career and education.

Shay Rudolph began her career back in 2017 when she portrayed the younger version of lead character in the short film titled Mae. A year later, she had a minor part in the adventure film, The Adventures of Thomasina Sawyer.

That same year, she landed her first major role on Fox’s hit cop series, Lethal Weapon, in which she portrayed Maya, the daughter of Seann William Scott’s character.

Her biggest breakthrough so far in her career came in 2020 when she was cast as fashionista Stacey McGill on Netflix’s The Baby-Sitters Club. She is the treasurer and fashionista of The Baby Sitters Club and a recent transplant from New York City. The BSc include Momona Tamada, , Malia Baker, Sophie Grace, and Xochitl Gomez.

Shay is a vegetarian and is deeply committed to animal rights and the welfare of the planet.

She can play the piano.

The exact net worth of Shay Rudolph is not known yet as she has just forayed into the entertainment industry. With BSC, Shay has found much success in the show business. She is likely to continue having a successful career as she uses her talent to bring her fans strong characters to enjoy for years to come.