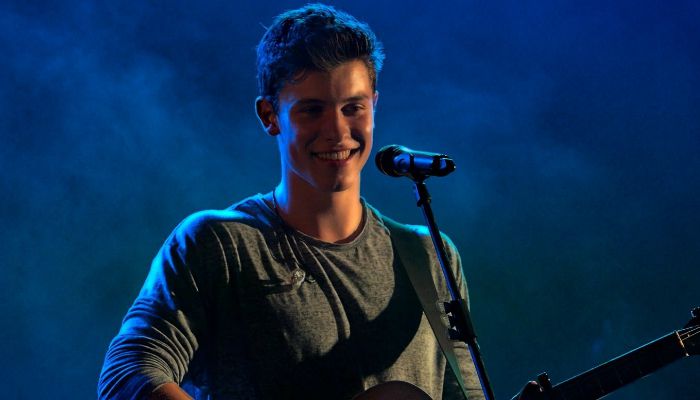 Who is Shawn Mendes?

Shawn Peter Raul Mendes, better known by his stage name Shawn Mendes, is a reputable Canadian singer and songwriter. This teen grabbed the limelight following his song covers upload on Vine, and quickly became popular among the audience of the United States. He launched his first studio album “Handwritten” in 2015 and his second one “Illuminate” in 2016. Both albums peaked at the US Billboard 200, making him one among five signing sensation to have their debut at no. 1 before turning eighteen. Whilst in his teenage, his popularity grew up steadily among the mass population either in good or bad as he has his share of controversies.

Mendes was born on the 8th of August 1998 in Toronto, Ontario, Canada. He is currently 20 years old.

He was brought up in Pickering, Ontario, where he went to Pine Ridge Secondary School.

Without a doubt, Shawn Mendes is a tall handsome guy with attractive body measurements. He has been linked romantically with many stars over the years. In 2015, he was linked up with singer Camila Cabello when they worked together for the song “I know what you did last summer.” It was not sure whether they dated or not but their fans concluded their relationship status after they were spotted together on public events. Rumors have it that they were dating but neither of the parties has confirmed nor refuted those claims.

In 2017, he began dating American model and television personality,
Hailey Baldwin, who is the daughter of actor Stephen Baldwin. They didn’t confirm their relationship while rumors swirling around about their relationship status. But in March 2018, Baldwin in an interview to a weekly magazine confirmed that she is single, putting an end to all her relationship rumors.

Shawn debuted in the pop scene with his first Extended Play, The Shawn Mendes EP on July 28, 2014. He released his first official debut album, Handwritten, on April 14, 2015, by Island Records. The album comprised a total of 12 tracks with a total running time of 39 minutes and 29 seconds.

Mendes followed his debut album with Illuminate in 2016 and self-titled album Shawn Mendes in 2018. Both albums peaked at #1 on the Canadian music chart as well as debuted at #1 on the US Billboard 200.

Mendes has appeared in a sci-fi drama show The 100 as a guest star.

As a model, Mendes walked the runway at the “Emporio Armani Spring 2018” show in Milan, Italy. He was made the face for Emporio Armani’s entire “Fall Winter 2018-2019”. In February 2019, he became the ambassador for Calvin Klein’s #MyCalvins campaign. He has appeared in Emporio Armani TV ads.

The estimated net worth of Shawn Mendes is US$12 million. This 20-year-old musician has made the majority of his fortune before turning 18. Shot to fame at his younger age, his earnings come from singing, album sales. world tour and sponsors.

Shawn has made the leap to international fame and recognition when he began posting videos on Vine. In a matter of months, he amassed millions of fans.

In 2015, he was associated with Camila Cabello, who was then a member of band Fifth Harmony, and released a collaborative single “I Know What You Did Last Summer”.

In 2016, he received a People’s Choice Award for Favorite Breakout Artist.

Mendes quoted, “First of all, I’m not gay. Second of all, it shouldn’t make a difference if I was or if I wasn’t. The focus should be on the music and not my sexuality,” when asked about his sexuality.